Pavlos PavlidisΆ musical experimentations, alongside a young group of musicians, reveal a new dynamics, re-introducing the artist to the audience and bringing to life a spellbinding soundscape. Pavlidis will also present unreleased songs from his upcoming album, as a musical bridge between the past and the present, and as a connecting link with his fellow artists.

The BoyΆs popular solo gigs cannot be described in conventional terms. His latest album, Antilopi (Antilope), recorded and released in 2020, amid the pandemic, is widely regarded as the ultimate dystopian soundtrack, echoing what we have all been experiencing lately. At the Odeon of Herodes Atticus, The Boy will present a rich setlist featuring songs from his entire discography. 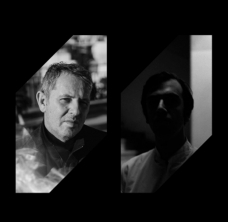