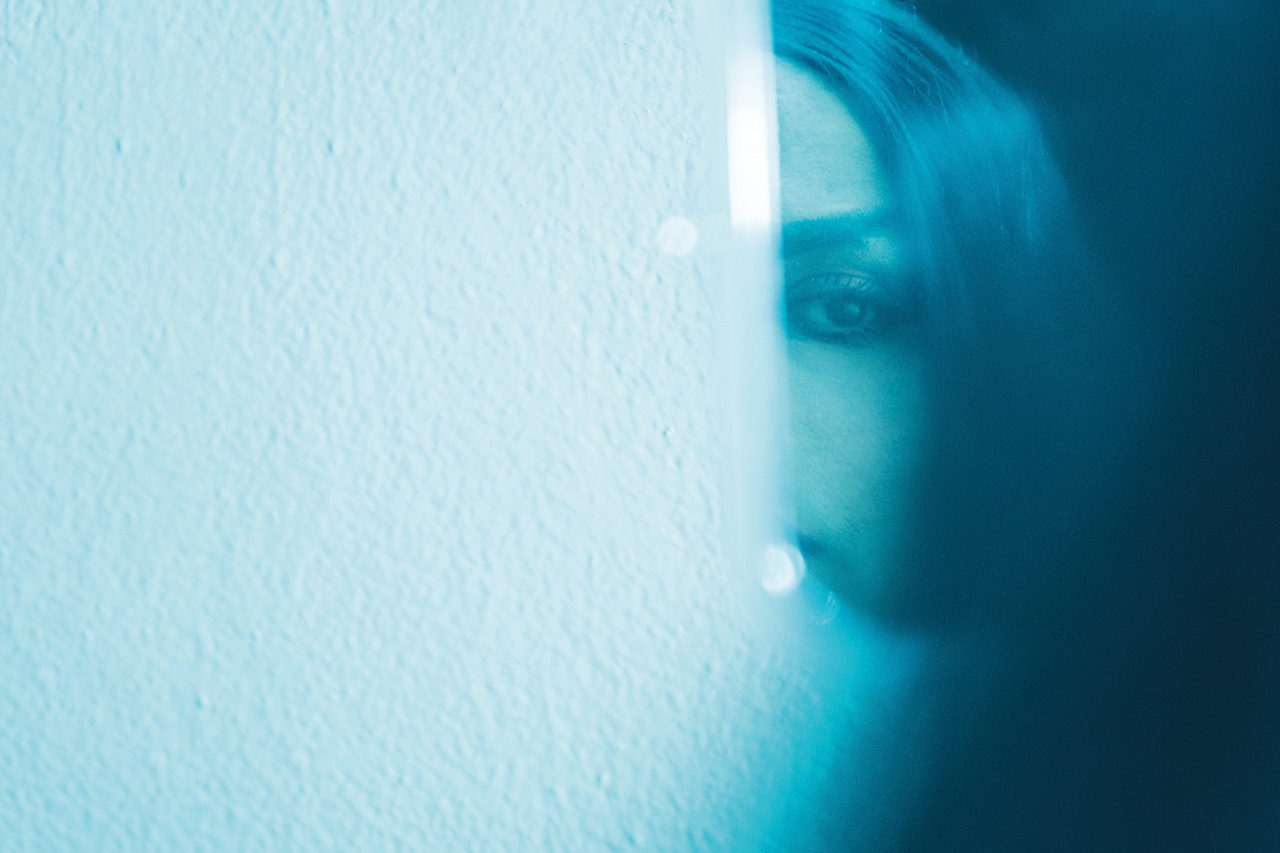 Opera - Commissioned by the GNO

Panos H. Koutras' stunning, multi-awarded film Strella (2009), a milestone in modern Greek cinema, becomes a chamber opera commissioned by the Greek National Opera from composer Michalis Paraskakis. An emblematic film about the visibility of trans people and the LGTBQ+ community in Greece and abroad inspires for the first time a Greek operatic work.

The new chamber opera Strella with a libretto by Alexandra K* and conducted by Konstantinos Terzakis, is coming, through the fresh subversive eye of sought-after theatre director George Koutlis, to the GNO Alternative Stage at the SNFCC on Wednesday 1 February for a run of nine performances, until 12 February 2023. The role of Strella will be performed by trans artist Letta Kappa who's making her operatic debut.

The opera treats the meeting between Yorgos, a 48-year-old man newly released from prison, and Strella, a young trans prostitute who idolises Maria Callas. The future seems open for both of them for the first time after a very long time. However, as Yorgos' accounts with the past are far from closed, his history comes back to haunt him. Together with Strella, they must find a way to redemption.

The cinematic story of Strella, as unfolded in Panos H. Koutras and Panagiotis Evangelidis' script, seems to have all the marks of a realist music drama, as it leans upon Ancient Greek tragedy with direct allusions to the myth of Oedipus and in terms of operatic verismo.

Thirteen years later, the film's subject remains as topical as it was in the time it was first released. In contemporary reality, where boldness and truth are absolutely necessary, the film's characters, and subsequently those of the opera too, are not treated as caricatures but as persons who fall in love, love and experience pain.

«They call me Stella... But friends call me Strella. They say I am a little off...»

The new round of commissions of music theatre and opera works inspired from famous films continues on the GNO Alternative Stage with Michalis Paraskakis' chamber opera Strella, whose libretto is based on Panos H. Koutras' film of the same title that caused a sensation upon its release in 2009.

A daring adaptation of the myth of Oedipus, Strella is a modern-day masterpiece of contemporary Greek cinema about love, acceptance and the madness of dreaming and demanding happiness at all costs. The film, with a script by Panos H. Koutras and Panagiotis Evangelidis, was shot in Athens and the Peloponnese and tells the story of the relationship between an ex-prisoner and a trans woman. It starred trans actress Mina Orfanou. Its title comes from the combination of the title of Michael Cacoyannis' legendary film Stella with the word «trella», which means madness in Greek. The film premiered at the 59th Berlin International Film Festival in February 2009 and became a sensation among audiences and critics alike.

The music of the new, ambitious chamber opera Strella that will be presented on the GNO Alternative Stage is by Michalis Paraskakis, a prolific and daring composer in the tradition of the so-called «new» music. Michalis Paraskakis stands up to the challenge of writing music that is fresh and trenchant, in line with the film's realism and dramatic qualities. «Rarely has a film been adapted into an opera, but now it is happening increasingly more. Strella, however, is already, in some way, a cinematic opera. It includes all those elements of drama that are usually present in opera, yet it reveals them through the life of modern-day, marginalised trans characters, making it more topical than ever. Walking the line of the core of the ancient myth, with references to other films, music theatre and real or imaginary heroines, the film overcomes moral, social and political taboos with an almost disarming honesty. The only thing that's left then is to let music become the drama's driving force», notes the composer.

In its operatic guise, Strella moves even further in the direction of magic realism, thanks to Alexandra K*'s libretto, which retains the fundamental structure and essence of the film. To her, the key issue as well as the challenge in the story is tenderness, both in regard to the characters and to the audience. As she notes: «Unfortunately I am not the work's author. Ninety per cent of what you will hear on stage is the original script of the film Strella. I took Panos Koutras and Panagiotis Evangelidis' masterly script and the only thing I did was to adapt it in a theatrical way, trying so that not even a single milligram gets lost from its juice. Strella has vivid colours, high temperatures, melodrama, and grand gestures by great heroes. We can't mess around with these materials (if anything, because nowadays they are so rare)».

The taxing new work will be conducted by the up-and-coming maestro Konstantinos Terzakis, who is assistant conductor in the City of Birmingham Symphony Orchestra and has experience in contemporary repertory and a noteworthy career abroad. This is his first collaboration with the Greek National Opera.

The direction bears the stamp of the much-discussed theatre director George Koutlis, a restless creator with a declared affinity for poetic, paradoxical realism and the grotesque. The chamber opera Strella marks the first time he pits himself against an operatic work. «With its direct references to the myth of Oedipus and Michael Cacoyannis' Stella, St-r-ella is a milestone in modern Greek cinema. The love story between an ex-prisoner and a trans woman, in whose face he eventually recognises his son, disrupted and continues to disrupt the idea of what is «normal». Adapting a cinematic masterpiece into an opera has many traps, but understanding the magnitude of the events and meanings in Strella, it somehow seems natural. Thirteen years after the film's release and this time through a musical form, we will attempt to explore the boundaries of morality, the conceptual prisons that have been imposed upon us by society, the intersex/trans identities, the non-heteronormative desire and, at the end of the day, we will attempt to tell the somewhat strange story of a femininity in today's Athens, a story that - as it has also been humorously said about the film - is a story« for the whole family», notes George Koutlis.

The roles of Strella, Mary and Vilma will be performed by trans women that have been selected through auditions held in October 2022, and the choreography is by trans artist Fenia Apostolou. Letta Kappa will perform as Strella, Ioanna Zam-petrou as Mary, and Victoria Tsitouridou-Maya as Vilma.

The set has been designed by Eva Manidaki, the costumes by Ioanna Tsami and the lighting by Nikos Vlasopoulos.

48-year-old Yorgos, convicted for murder, is released from prison after 15 years. He bids farewell to his cellmate and lover, Nikos. In a cheap hotel in downtown Athens, Yorgos meets Strella, a young trans sex worker who adores Maria Callas. They embark on a passionate affair.

We witness Strella's life; during the mornings, she works as an electrician and, at night, she appears as a singer at a famous Athens drag show club. Her makeshift, synthetic «family» consists of Mary, an elderly trans cancer patient who, years ago, got teenaged Strella off the streets and took her in; Wilma, Mary's carer; and Alex, who looks after his underage brother, neglected by their drug addict mother. The trans community functions as a generous, though eccentric, support network for all of them.

Back at his village in the Greek countryside, Yorgos is searching for his long-lost son, Leonidas. Kouloukousis, an elderly cop, informs Yorgos that Leonidas left the village when he was 14 years old and headed for Athens, where he is rumoured to have become a «transvestite». Worried, Yorgos questions Strella. She recounts her story: Her mother died when she was five years old; she was raised by her grandmother; when she was nine years old, her drunk father brutally killed her favourite uncle after catching him fooling around with her; he was imprisoned. Yorgos realises the shocking truth: he is Strella's father. She admits already knowing about this: after Yorgos' release, she deliberately sought him out and approached him out of interest; later, however, she fell in love with him.

Libretto:
Alexandra K*, based on Panos H. Koutras' film of the same title

Thanks are due to (Queer Studies) therapist Mrs Chloe Kolyri for her kind and valuable help in the realisation of this production.

* We would like to announce that, due to GNO staff joining current 48-hour strike action, the two performances scheduled for this evening (Wednesday, 1 February) -Falstaff inside the Stavros Niarchos Hall, and Strella on the Alternative Stage- are cancelled. 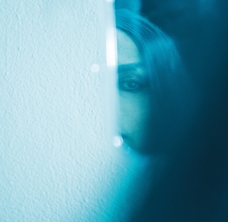