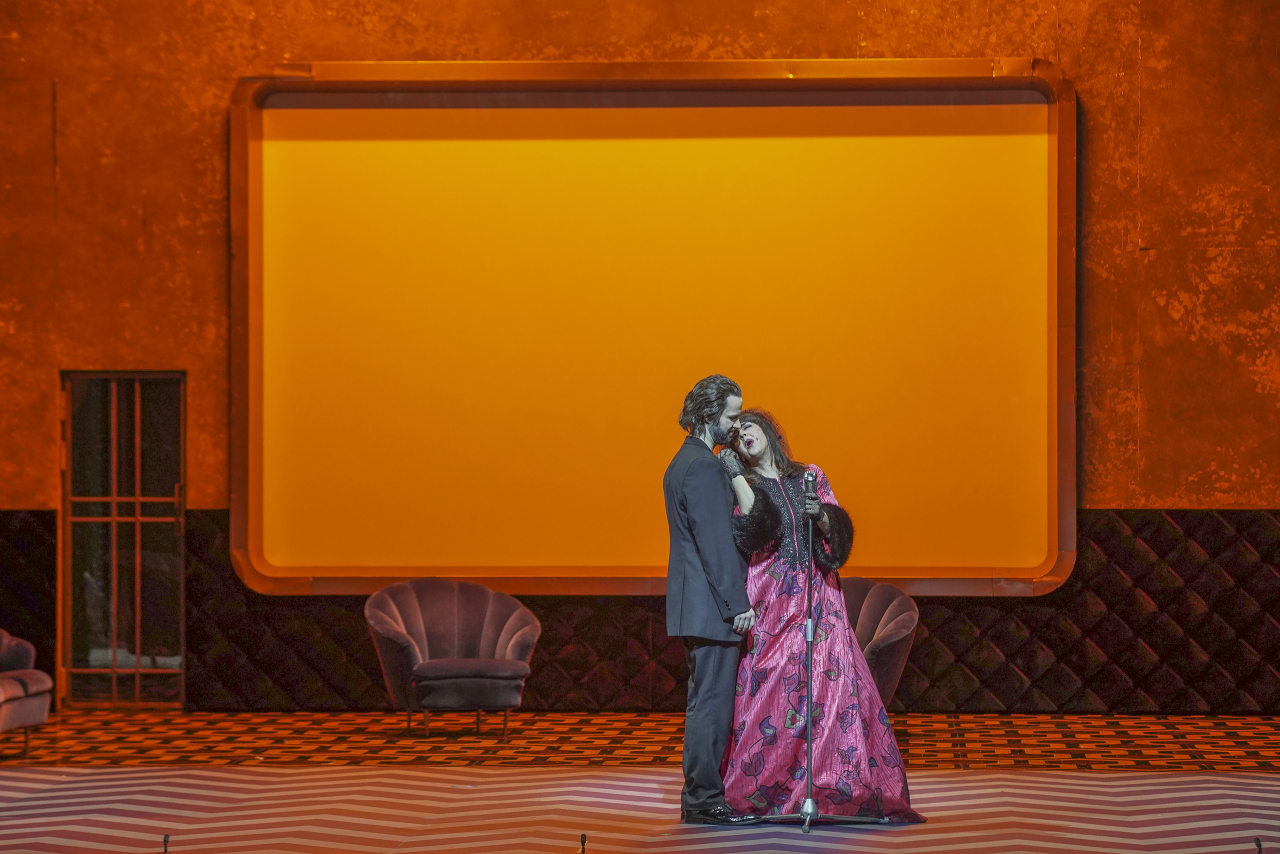 Les Contes d'Hoffmann is the highly anticipated new Greek National Opera co-production with La Monnaie in Brussels, ingeniously directed by Europe's leading opera and theatre director Krzysztof Warlikowski, who takes on the challenge of revealing the essence of a work in which time and space are merely the remnants of a crumbled mosaic. This Jacques Offenbach masterpiece is to be presented for eight performances -between 18 December and 8 January- inside the Stavros Niarchos Hall at the SNFCC, conducted by Lukas Karytinos. This production is made possible by a grant from the Stavros Niarchos Foundation (SNF) to enhance the GNO's artistic outreach.

Les Contes d'Hoffmann is one of the most popular of all French operas, standing tall alongside Carmen, Faust, and Manon - a dramatic work of opera filled with a series of superb melodies, including its hugely famous barcarolle. In Les Contes, Offenbach never fails to let loose his witty, playful side and, as with his other works, he remains outrageously melodic, brimming with inexhaustible ingenuity. In the work, the composer sets the joyous spirit of the poet Hoffmann directly alongside the rupture that lets it be known that the personality of this poet is not what it seems at first glance. And despite the fact that the composer always places primary emphasis on the melody, his harmonious writing nevertheless manages to capture the very essence of these characters and their situations with great precision.

The libretto by Jules Barbier is based on stories written by the multi-talented German writer and composer E.T.A. Hoffmann, whom Barbier made the opera's protagonist. Three female figures -the soulless automaton Olympia, the critically ill singer Antonia, and the courtesan Giulietta- each display certain characteristics that together make up the prima donna Stella, the woman Hoffmann has fallen for. The love he feels for each of them is wrecked in each instance by an older man - three separate personas: Coppélius, Dr Miracle, and Dapertutto - whose various characteristics are evinced in composite by the wealthy Lindorf, with whom Stella departs at the opera's end, leaving Hoffmann in despair.

Les Contes d'Hoffmann was the final opera by Jacques Offenbach, one the composer left incomplete upon his death in 1880. Completed by the composer Ernest Guiraud, the work met with enormous success at its world premiere in February 1881 at the Opéra Comique in Paris. From its debut back in the late 19th century right through until 2010, when materials once thought destroyed were discovered in the archives of the Opéra Comique, numerous painstaking and persistent attempts have been made to reconstruct the score - to set additional pieces of dialogue to music, to add new sections to the work, or even to change the order of the work's acts. As regards the epilogue to the piece -of which only drafts and notes by Offenbach remain- each opera house essentially decides on what the work's finale should be, choosing from the wide range of different versions that exist.

The GNO is presenting the opera as it appears in the most recent critical edition of the work, prepared by Michael Kaye and Jean-Christophe Keck, in which the Prologue and the Epilogue appear as separate acts, resulting in a five-act work. The work's final form was shaped by preparations for the production in Brussels back in 2019, undertaken by Krzysztof Warlikowski and the conductor of the La Monnaie performances, Alain Altinoglu.

The multi-award-winning director of this production, Krzysztof Warlikowski, is one of the most sought-after European directors. Alongside his extensive work for the theatre -staging iconic works of Shakespeare and ancient Greek tragedies, as well as contemporary writers such as Sarah Kane- Warlikowski has been acclaimed as one of the most important reinventors of opera direction as a form. The productions he has directed to be presented at the foremost opera houses in Europe -Opéra national de Paris, La Monnaie in Brussels, Teatro Real in Madrid, the Bavarian State Opera in Munich, and the Royal Opera in London- and at such leading festivals as Aix-en-Provence and Salzburg have been acclaimed by critics and audiences alike as major artistic events due to his systematic research into his concept for the «re-theatralisation» of opera.

Warlikowski's staging of Les Contes d'Hoffmann is driven by the fact that this work by Offenbach has a particularly complex narrative, and by the realisation that both score and libretto are without stable structure. These elements provide the director, and audiences, with the sense that the work is open to reinterpretation and redefinition. In an evolution of his signature directorial style, Warlikowski peers at the story of this opera through the prism of the seventh art, drawing inspiration from such cinematic works as A Star Is Born, The Shining, and Inland Empire. The emancipation of an enigmatic and complex woman, the disappointments of an author in crisis, the addictions and subjective delusions - everything here offers itself up for the metatextual exploration of the mysterious interplay between story and storyteller, artist and artwork.

The production's sets and costumes are by Warlikowski's long-standing associate Ma?gorzata Szcz??niak, who conjures up a singular cinematic universe. There is also choreography by Claude Bardouil, lighting by Felice Ross, and video design by Denis Guéguin, with dramaturgy by Christian Longchamp.

Conducting is the acclaimed maestro and Artistic Director of the Athens State Orchestra Lukas Karytinos. The GNO Chorus master is Agathangelos Georgakatos.

In this new production of Les Contes d'Hoffmann, audiences will get the chance to see and hear outstanding, world-class singers from Greece and around the globe.

Adam Smith -one of the most sought-after, up-and-coming British tenors- will be performing the title role in the first cast. He first performed the role of Hoffmann at the Opéra national in Bordeaux, and has also appeared to great success at the English National Opera, the Glyndebourne Festival, the BBC Proms, the opera houses of Brussels, Antwerp, and Seattle, and elsewhere.

In the second cast, the title role is to be performed by the acclaimed GNO tenor Yannis Christopoulos.

The dramatic coloratura soprano Νicole Chevalier -who will be performing the roles of Stella, Olympia, Antonia, and Giulietta in the first cast- was honoured for her renditions of Les Contes d'Hoffmann's four female leads with the German Der Faust Prize in 2016 for the production by Komische Oper Berlin, of which she was a member for five years. In the summer of 2019, her performance in Mozart's Idomeneo, presented at the Salzburg Festival, directed by Peter Sellars and conducted by Teodor Currentzis, brought her international acclaim. Since then, she has sung at Europe's leading houses, such as the Royal Opera in London, La Monnaie in Brussels (where she performed Les Contes d'Hoffmann's four female leads at the Warlikowski production premiere in 2019), Vienna, Hamburg, and elsewhere.

In the second cast, the work's four female lead roles are to be performed by the internationally acclaimed GNO soprano Vassiliki Karayanni.

With the Orchestra and Chorus of the Greek National Opera 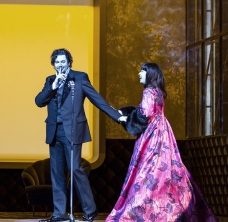