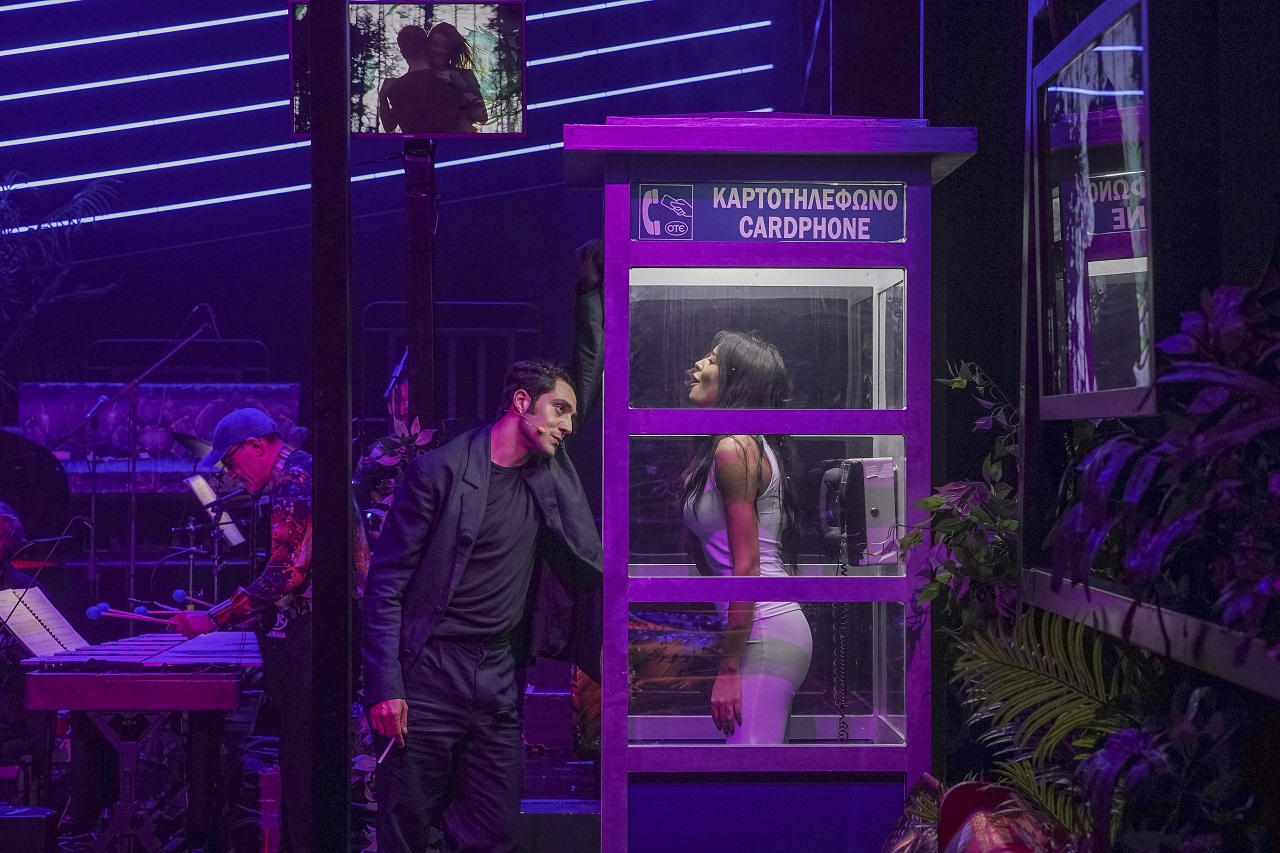 Composer Panayotis Kalantzopoulos adds 18 new songs to the original soundtrack, while Konstantinos Rigos' atmospheric direction portrays the sensual core of this sui generis slacker movie with film noir elements through a masterly use of space, condensing the locations of the original script around a versatile, hallucinogenic lounge.

Of vital importance is the live onstage presence of the film's director and screenwriter Renos Haralambidis as the narrator, encapsulating the aesthetic venture of a show that takes the form of a flash-back between two time zones: here, the central character, an Athenian flâneur (portrayed in the original film by Haralambidis himself), is torn between his past and present self, casting a glance at once nostalgic and critical toward the transition -which defined both the hero and the city- from languid post-adolescence to maturity and from the 20th to the 21st century.

«I am a collector. I collect the hardest and wildest thing in this world: moments.»

August 1999. Shot within twenty-three days in August 1999, against the backdrop of an empty Athens, Renos Haralambidis' second film Cheap Smokes brings to mind a jazz improvisation. Renos Haralambidis wrote the script as he was travelling, inspired by his encounter with beat author Paul Bowles, the plastic bags that spread across the flea markets of Tangier like garlands, and Jim Jarmusch' films. His heroes fall in love, swear, philosophise, lay claims to romance, and are satisfied with the bare minimum, always smoking cheap smokes. The film, an homage to the centre of Athens and unfulfilled love, marked the early 2000s thanks to its urban romanticism and nocturnal, youthful aesthetic.

A film of «masculine romanticism», according to composer Panayotis Kalantzopoulos, Cheap Smokes was met with empty halls in autumn 2000 in the «Apollon» cinema on Stadiou street, receiving mainly bad reviews. «Cheap Smokes, the film that brings me very big joys, is also the one that has brought me the greatest sorrows. I lost my faith. I was crushed by all this. What are you supposed to do when you present a film and it's a failure? I collapsed, I lost the wind beneath my wings. I though that this film was my personal caprice, a personal madness. And that I failed in my goals.», says the director Renos Haralambidis. However, the film hadn't yet had its final say. It took several years for it to gain a larger audience after that complete commercial failure, at first thanks to its release on video and then over the internet. «People would approach me in the street», Renos Haralambidis remembers, «having obviously watched the film on videotape and they would talk to me about it. And with YouTube the whole thing was catapulted to success!» Cheap Smokes now counts millions of views and is glorified; each time it is shown in summer cinemas the place is overcrowded, and lines from the film have become classic quotes and mottos on walls: «Life knows. And I trust her.» A special place has also been reserved for its excellent soundtrack composed by Panayotis Kalantzopoulos, with wonderful songs such as «Summertime in Prague» and «Lefko mou yasemi» performed by Elli Paspala. Cheap Smokes now seems like a farewell song to an Athens that no longer exists, and it certainly is a signature piece of a special creator.

«When I have this sudden urge to fly, and I have nowhere to fly to, I hide in my collection. Full of coffees, boxers, dancers. Random touches, swear words. Tender outlaws, arcades, encounters, screams. Silences, separations, words, words, words.»

February 2022. Twenty-two summers later, the film Cheap Smokes is turned into a musical and is revived on the Greek National Opera Alternative Stage. «Cheap Smokes, which continues its encounter with the younger generations, now crosses paths with the complex art of music theatre, in a performance that keeps the film's artistic core intact. The honour of having created a film that creatively inspires acclaimed artists from other art forms becomes even bigger when I think about the artistic status of the organisation mounting it, and also that it is the first time that a contemporary Greek film is adapted for the Greek National Opera. In my personal universe the adaptation for the GNO Alternative Stage is οne and the same with the miracle of beginning. Like an unexpected artistic birth. Besides, the greatest joy in life is to begin.», notes Renos Haralambidis.

Of vital importance is the live onstage presence of the director and screenwriter Renos Haralambidis as the narrator, encapsulating the aesthetic of a show that takes the form of a flash-back between two time zones: here, the central character, an Athenian flâneur (portrayed in the original film by Haralambidis himself), is torn between his past and present self, casting a glance at once nostalgic and critical toward the transition -which defined both the hero and the city- from languid post-adolescence to maturity and from the 20th to the 21st century.

Under the auspices of Greek Film Center

The performances on 4 December 2022 and 5 January 2023 will be fully accessible, in collaboration with ATLAS E.P., to provide an unhindered audiovisual experience of the show for everybody.

For these selected performances, there will be seats for deaf and hard of hearing persons using the Greek Sign Language, seats for persons who use captions covering the entire audio track, as well as seats for blind and visually impaired persons, who will be able to use the audio description service (AD). Guide dogs for the blind are also welcome.

Book:
Petros Vouniseas, based on Renos Haralambidis' film of the same title 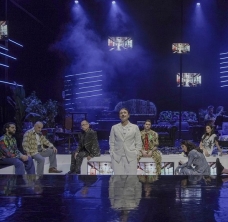 
E-Ticket
Tickets purchased online are downloaded in PDF format and canbe either printed or stored to a mobile device, so that they can be checked during admission.