In this performance, Arvanitaki joins forces with the prolific, internationally acclaimed Armonia Atenea – The Friends of Music Orchestra, under the baton of award-winning, Grammy-nominated conductor George Petrou.

The album Grigora i Ora Perase will be presented in the first part of the concert, featuring Nikos Xydakis live on stage, while the second part will be dedicated to Tragoudia gia tous Mines. The songs will be presented in new covers and arrangements specially designed for a big ensemble by composer Dimitris Papadimitriou himself. 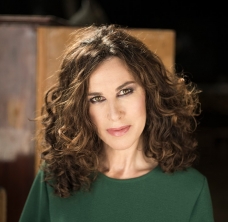