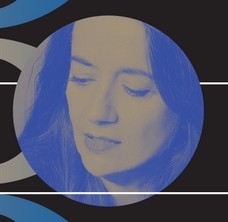 Printing your tickets
Please download your tickets in a PDF form. You may print them or have them stored into your mobile phone, in order to check in on the day of the event.
Important Information
Due to public health measures, there may be changes regarding either the staging of the event, or the maximum number of participants.

A string ensemble with Iro Seira as concertmaster forms the core of the concert's compositions, and has joined Eleni Karaindrou both in recordings of her work and live appearances at the La Colline National Theater in Paris, the Odeon of Herodes Atticus (Athens Festival), and the Mannheim National Theater in Germany (Enjoy Jazz Festival). In charge of the concert's music direction is Miltos Logiadis, with Antonis Antypas as stage director, and Eleni Karaindrou's long-time associate, Giorgos Karyotis, as always on sound design, continuing a collaboration of thirty years on all of her work and studio records.

In her once-in-a-lifetime concert at the SNFCC, Eleni Karaindrou will take us on an emotionally charged melodic journey, fusing classical and traditional elements with sensitivity and passion.

The composer will present the musical scores from all her collaborations with the internationally acclaimed Greek creator Theo Angelopoulos. Together, they have written a part of global film history, forming one of the greatest duos of the Seventh Art of Cinema, which has been praised extensively by critics the world over. Through the eight films they have made together, from 1984 to 2008 [Voyage to Cythera (1984), The Beekeeper (1986), Landscape in the Mist (1988), The Suspended Step of the Stork (1991), Ulysses' Gaze (1995), Eternity and a Day (1998), The Weeping Meadow (2004), The Dust of Time (2008)], the two creators' evocative work, universal and inherently powerful, has made an eternal mark on the art of cinema.

The highly anticipated concert will also include selections from Karaindrou's collaborations with directors such as Hristoforos Hristofis (Rosa, 1982), Tonia Marketaki (The Price of Love, 1983), Lefteris Xanthopoulos (Happy Homecoming, Comrade, 1985), Margarethe von Trotta (L' Africana, 1990), Pigi Dimitrakopoulou (To 10 by M. Karagatsis, 2008), and her penultimate collaboration with the Iranian actor and director Payman Maadi, Bomb, a love story (2018).

Faithful to cinema, this year Eleni Karaindrou completed her musical score for American director Terrence Malick's latest film, The Last Planet, four years after their collaboration on Voyage of Time, a documentary on the origins of the universe.

From the very beginning of her collaboration with ECM Records (Edition of Contemporary Music) and its founder Manfred Eicher, three decades ago, Karaindrou has consistently received rave reviews. Critics have described her as the "10th Muse of Greece" (Michael Walsh, TIME magazine, 25/3/1996), ranked her among the most important composers in Europe, and believe that her collaboration with Angelopoulos will go down in history, just like the partnership between Nino Rota and Federico Fellini (Riccardo Bertoncelli, LA REPUBBLICA, 25/2/1999). Many have compared her music to that of the great neoromantic composers, such as Arvo Pärt. Overall, her elegiac style is a shining beacon for today's modern classical generation of creators.

Eleni Karaindrou was born in Teichio in Central Greece. She studied piano and theory at the Hellenic Conservatory, received her degree from the University of Athens School of Philosophy and, with a scholarship with the French government (1967), continued her education in Paris, studying ethnomusicology at the Sorbonne, and orchestration and conducting at the Scuola Cantorum. In 1975, upon returning to Greece, she released her first album entitled Megali Agrypnia (The Great Vigil), on verse by K.H. Myris and featuring Maria Farantouri on vocals. At the same time, she collaborated with Manos Hatzidakis to create the Third Program of Greek Radio. Between 1975 and 1990 she released records of her music in Greece and France. She partnered with her current label, the internationally acclaimed ECM Records and its creator Manfred Eicher, in 1990, and together they have released 12 albums: Music for Films, The Suspended Step of the Stork, Ulysses' Gaze, Eternity And a Day, Trojan Women, Τhe Weeping Meadow, Elegy of the Uprooting, Dust of Time, Eleni Karaindrou-Concert in Athens, Εuripides: Medea, David, Tous des Oiseaux. She has received multiple distinctions and awards, including five Music for Cinema prizes in Greece, the "Dimitris Mitropoulos" Prize for Music for Theater, and the International Fellini prize from Europa Cinema in Italy (1992). She was awarded the Gold Cross of the Order of Honor by the President of the Hellenic Republic in 2002, and nominated for the "Felix" European Film Awards in 2004, for her score for The Weeping Meadow.

>>Greece's "Tenth Muse": If Homer had written music, it might sound something like this: dark and brooding, redolent of rich red wine and the salty brine of the sea. At once plaintive and erotically lyrical, it would sing of love and loss, of the passion that motivates humans to achieve great things. It would, in short, sound very much like the music of Eleni Karaindrou, Greece's most eloquent living composer -and a movie- music composer at that...
Blending the sounds of traditional Greek instruments such as the santouri (a kind of zither), conventional popular instruments like the accordion and the full orchestral panoply of woodwinds, brass and strings, Karaindrou creates an archaic, almost mythic sound....
An extended suite for solo viola, oboe, accordion, trumpet, horn, cello, voice and string orchestra...
Ulysses' Gaze is marked by aching, folklike melodies played over droning string chords, imparting an elegiac, inexpressibly sad aura.
Michael Walsh, TIME INTERNATIONAL, THE WEEKLY NEWSMAGAZINE / U.S.A, 25.03.1996 (Ulysses' Gaze)

>>Eleni Karaindrou belongs amongst the best contemporary European composers and her collaboration with Angelopoulos deserves to be included in the history of music for films the same way as Nino Rota's with Fellini or Joseph Cosma's with Renoir.
Ricardo Bertoncelli, LA REPUBBLICA / Italy, 25.02. 1999 (Eternity and a Day)

>>Long lasting sounds, almost painful, whence voices hesitantly emerge -viola, oboe, cello, accordion- in order to sink again in a river of sympathy. These are the characteristics of this evocative music. In its central piece, the suite "Ulysses' Gaze" it climaxes into the fluttering of a melancholic dance, which dies again abruptly.
Andreas Obst, FRANKFURTER ALLGEMEINE ZEITUNG/ Germany, 26.09.1995 (Ulysses' Gaze)

>>Eleni Karaindrou's latest score, for a film by the Greek director Theo Angelopoulos, is perfect Sunday-morning music cool, elegant, mildly regretful, a lovely combination of strings woodwind and accordion...
Richard Williams, THE INDEPENDENT ON SUNDAY/ U.K, 03.05.1992 (The Suspended Step of the Stork)

>>The music either flows gently like a river off Smeltana's "Moldava", or enriches with some Greek pollen the "Theme of flowers" by Mahler - in which case even during the moments of overflow the tone remains low...
Adagio, adagio! One doesn't easily encounter music which seeks the infinite, and yet doesn't escape, with sensations that leave you breathless and with wispering innocense...
Michael Engelbrecht, JAZZTHETIK, Germany, October 1991 (Music for Films)

>>Karaindrou is generous in orchestrating melancholy and chimera, through the miniature orchestra which vaguely reminds one of Mahler's Adagio and also of abstract, transformed specimen of Greek tradition.
Harry Lachner, SÜDDEUTSCHE ZEITUNG/ Germany, 08.09.1991 (Music for Films)

>>Eleni Karaindrou deserves mention in the same breath as Rota or Morricone, a European whose gentle appropriation of local, traditional sources results in something distinctive but peculiarly timeless, weightless.
Richard Cook, NEW STATESMAN/ U.K., 29.01.1999 (Eternity and a Day)

You can also watch the concert live on snfcc.org/en/Cosmos_EleniKaraindrou, on the Facebook page @SNFCC and  the SNFCC's YouTube channel.

Mandatory use of mask throughout the event.

Find out more about the safety measures for the protection of visitors & employees here.

Music November at the SNFCC
Do we have your permission to store cookies to your browser? This way we and third parties (Google, Facebook etc) will be able to track your usage of our website for statistics and advertising reasons. You may read more on the cookies usage in our website clicking here.
Yes, I allow No, I don't