theseum-A THEATRE FOR THE ARTS 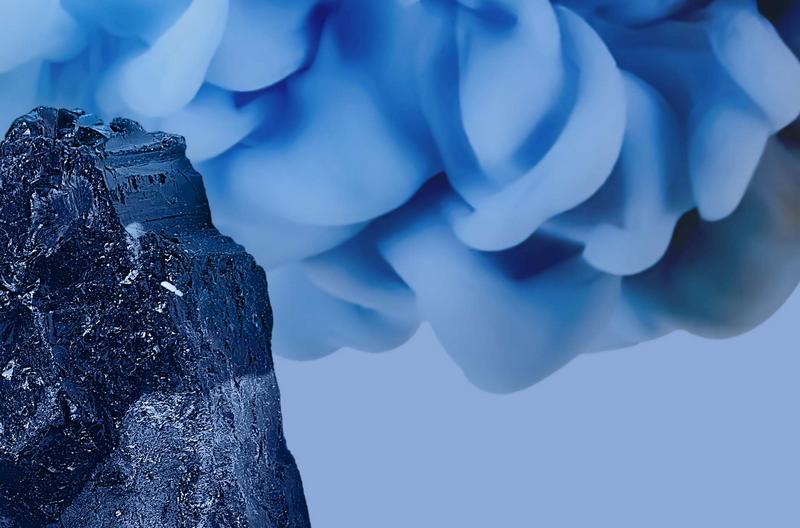 Eleonora Siarava, a choreographer who lives and works between Greece and Germany presents her new piece Blue Beyond.

Blue Beyond is a dance performance about time which as an experiential perception, a natural phenomenon, a corporeal event runs through a continuum. It constructs an imaginary condition where future penetrates present and present emerges into future creating overlapping temporalities.

Drawing from the chi-fi book of the beginning of the 20th century "Last and First Men: A Story of the Near and Far Future" by Olaf Stapledon, 1930, explores corporealities, cartographies and images of the Future and questions how the idea, the vision or the fantasy of the Future is depicted, reflected, embodied.

Through an interplay with mythologies, realities, dramaturgies, fictions, topologies, imaginary spaces of the future, memories of the live present and embodied traces of the past, the idea is to turn the stage into an active hybrid space with movements, objects, sounds, words and create a live moving capsule of imprints and visions forming a Memoir for¦of the Future, a cyclic schema to represent time.

The piece uses montage techniques in order to reveal different variations of non-linear performance unfolding and explore how body and movement are affected when transferred in a different temporal condition or spatial context. To enhance this, there is an interactive sound design with live amplification processes and recording within recording techniques.

Blue Beyond follows a series of Siarava's artworks about Time. The Body and the Other ~ (2020) premiered in one of the most important dance production houses in Europe, Tanzhaus NRW at Düsseldorf in the framework of Temps D 'Images Festival while Who knows where the time goes - potential destination #1 (2021) was presented in Athens supported by the Ministry of Culture of Greece by a residency at SE.S.TA Centre for Choreographing Development-Interdisciplinary Incubator 2019 (Prague).

The piece questions how the body can map the future, with what materials and movement landscapes. With what visions and mythologies do we invest it, what archives it carries? In reverse, the performance, as a living space with memories, predictions, scenarios seeks to detect atmospheres and impressions of tomorrow floating in the sea of now, tune in to resonances, movements, waves of what is not yet here, has not arrived but it is already inscribed within us and within the dance to be made. What if the present through the moving body already encapsulates echoes of Future in the dance waiting 'to come into being'. 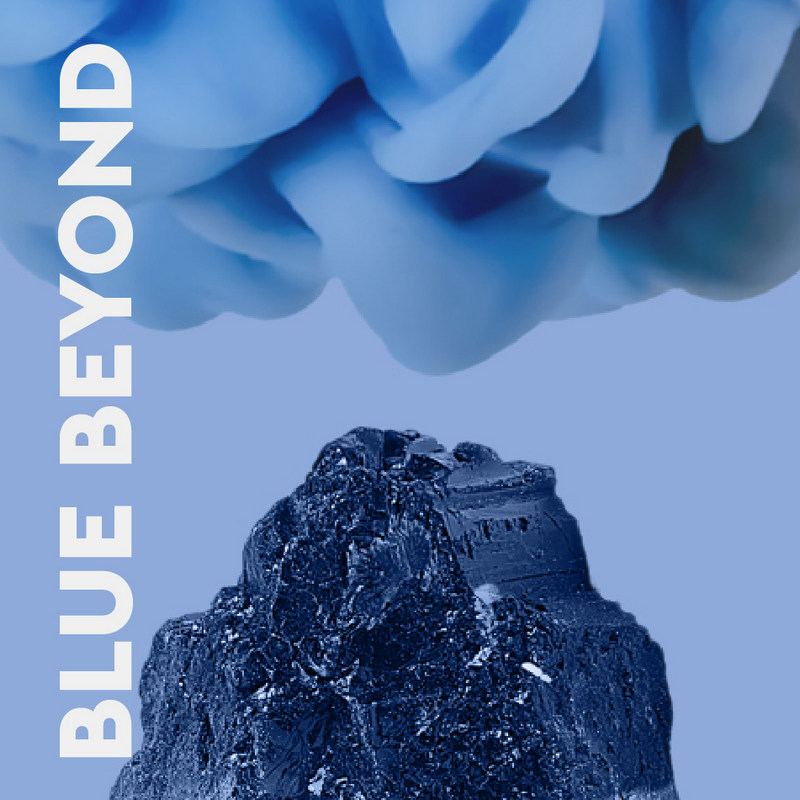 On Sunday 23th May the performance will be followed by a discussion between the artistic team and the audience. 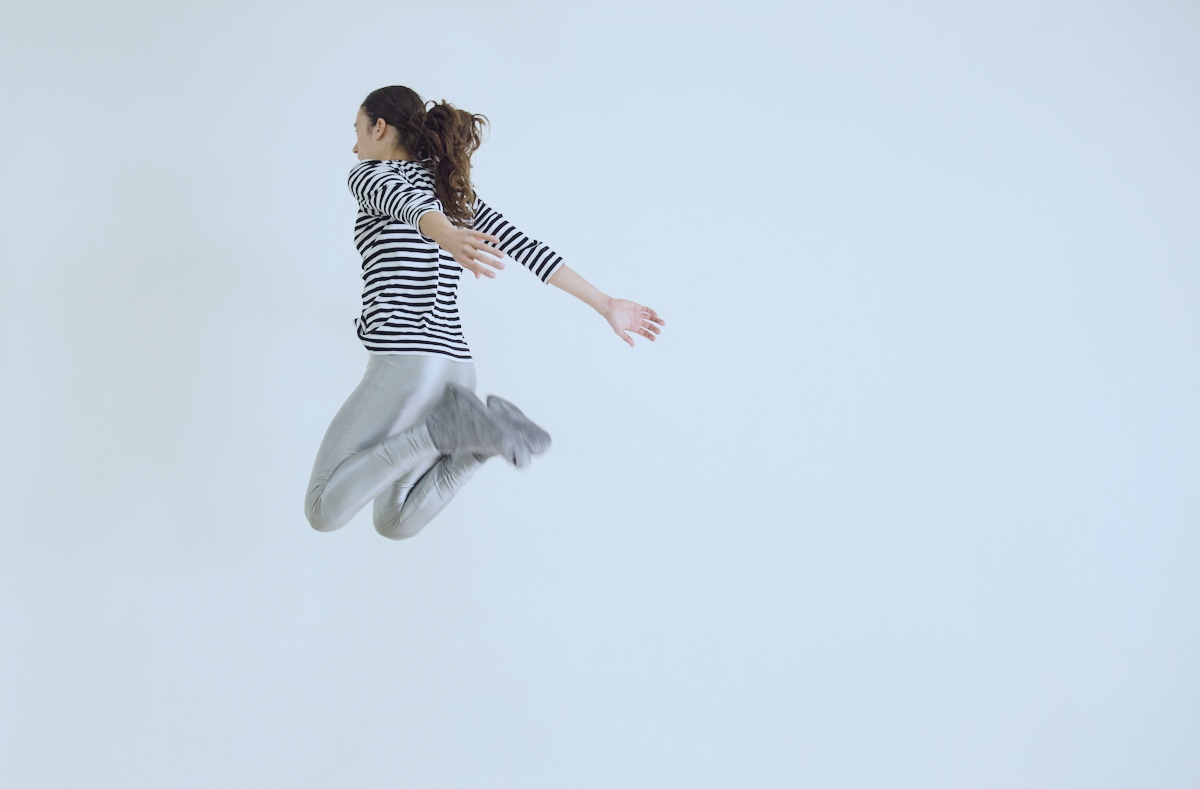 Eleonora Siarava is a choreographer, performer and artistic director of Per_Dance Platform of Choreographic Research. She graduated with Distinction from Coventry University (UK) acquiring an MA in "Dance Making and Performance" with a focus on reflective methods of dance composition. As a choreographer she has presented her work internationally in various festivals and venues such as Make>Shift Festival, Moving Out Festival, Espacio 3-Kodra Festival, Dance Days Chania, 11th and 13th Festival of Greek Choreographers, Μegaron Concert Hall of Thessaloniki, stART- a commission by Goethe Institut of Thessaloniki and Robert Bosch Stiftung. For her last work The Body and the Other~ she was awarded with the artistic mobility grant I-portunus/Creative Europe Programme (2019), supported by the program »Transfer International« of KULTURsekretariat - Nordrhein-Westfalen of Germany, Ministry of Culture and Science of the State of NRW and Tanzhaus NRW and collaborated with the Mixed Reality and Visualization Institut (MIREVI, Düsseldorf) for the use of digital technology. The piece premiered at TEMPS D'IMAGES festival, Tanzhaus NRW, Düsseldorf (January 2020) after a residency in the context of the festival. She worked as a performing artist for the project of Marina Abramović 'A different way of hearing' presented at Alte Oper of Frankfurt (2019) and she was a resident choreographer at SE.S.TA Centre for Choreographing Development for Interdisciplinary Incubator 2019 (Prague) and at Perfor[d]ance Institut with the support of START fellowship, Robert Bosch Stiftung, Goethe Institut Thessaloniki (Βerlin-Stralsund-Stuttgart, 2015). In her work she is interested in abstraction in dance and her intention is to make enigmatic multilayered performances carrying various levels of interpretation both for performers and audience through the experimentation with the relationship between aesthetic forms, experiential awareness, multisensory perception, hybridity, overlapping temporalities, atmospheres. She was part of "Moving Digits" project (2018-2020), a partnership between Madeira Interactive Technologies Institute, Hochschule Düsseldorf, Sõltumatu Tantsu Lava (Estonia), Tanzhaus NRW and University of Greenwich. She is a PhD candidate at Aristotle University of Thessaloniki-Department of Theatre researching choreographic practices and made part of her doctoral research at the MA Choreography and Performance-Institute for Applied Theatre Studies in Justus Liebig University of Giessen in Germany under the direction of Bojana Kunst and the Academy for Music and Performing Arts of Frankfurt. She has participated at the international Festival Ruhrtriennale in {Hello World} project of ArtEZ University of the Arts Arnhem (Bochum, Germany) and attended the 'Resources Lab of Motion Bank' (Academy for Music and Performing Arts, Frankfurt). Her site specific choreographic installation "Step-in" was awarded by Megaron Concert Hall of Thessaloniki and presented in the framework of Enclosures | Pass-throughs Project. Since 2020 her work is continually supported by the Ministry of Culture of Greece. During that time she created the pieces Who knows where the time goes - potential destination #1 and Blue Beyond and developed the choreographic research 'UnderScore, Choreographic Objects and more'. 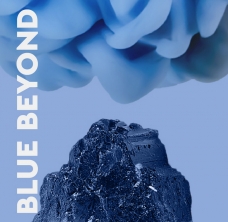 
For persons over 16 years old

E-TICKET
Tickets purchased online are downloaded in PDF form and printed or stored on a mobile device.