The Phoenician Women has been a staple of the National Theatre of Greece repertoire, with several performances directed by Alexis Minotis, the last being staged in 1988. This year, EuripidesΆ play finds its way back to Epidaurus in a thoroughly modern production, featuring a splendid cast under the helm of director Yannis Moschos. Euripides provides his own, subversive version of the LabdakidesΆ myth. The play is set on the day that Polynices has surrounded Thebes with an army, demanding that his brother Eteocles keep his part of the bargain: they had agreed to take turns ruling the city. Their mother, Jocasta, desperately tries to convince them to make amends with each other, surrounded by other characters such as Antigone, Creon, Menoeceus, Teiresias and the blind Oedipus, victims and victimisers of an imminent catastrophic war. Can OedipusΆ sons escape their fatherΆs curse? Do people truly want to avoid civil war and break out of the vicious cycle of violence?

Collaborator to the choreographer Antigone Gyra

Assistant to the director Evi Nakou 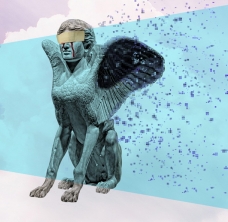