UP THE HAMMERS XVII - WARM UP 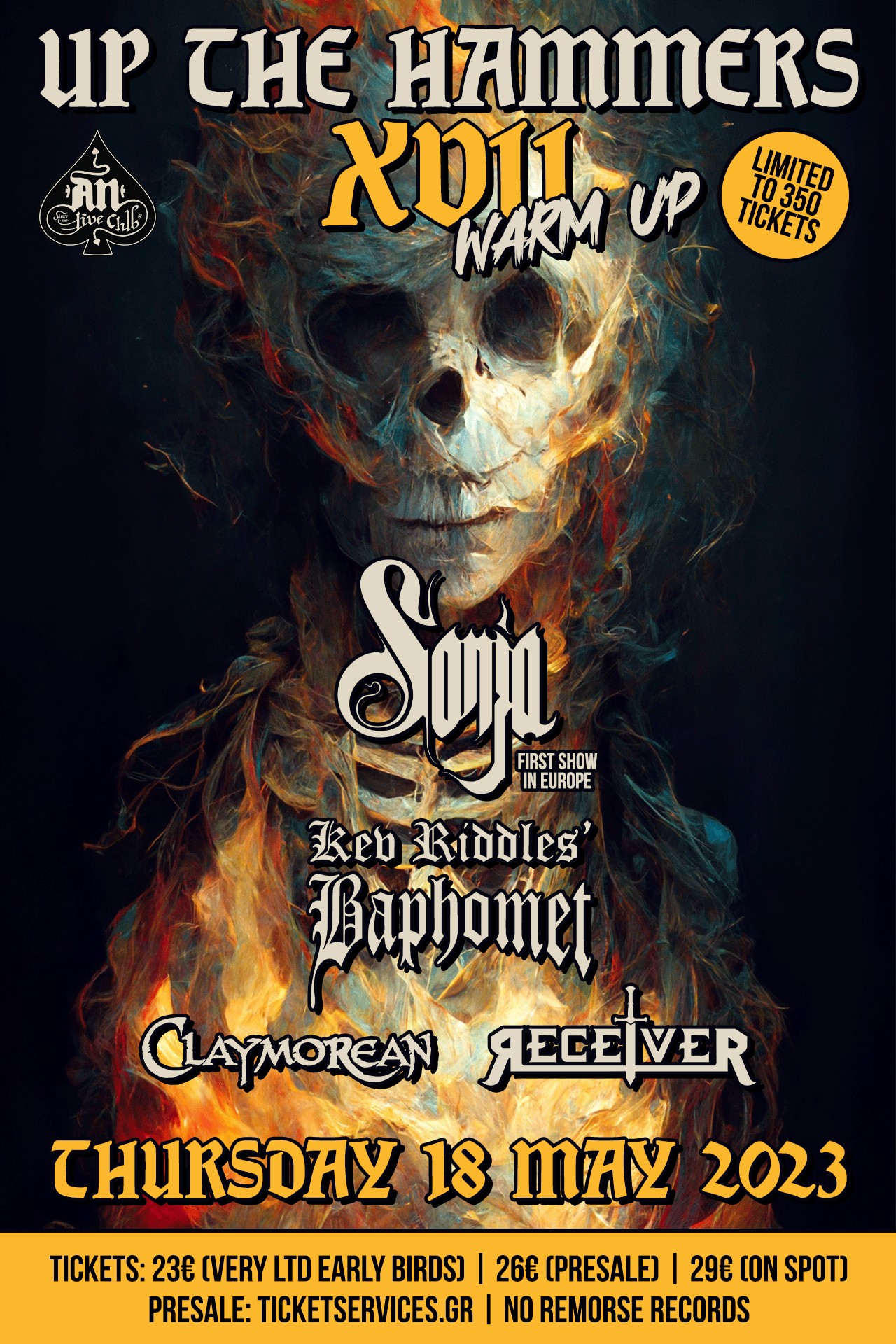 As promised a couple of days ago, we are ready to announce the line up of the Up the Hammers Warm Up festival, which will take place at An Club on May 18th 2023!

This year we wanted to have a special headliner for the warm up show, a refreshing addition, a unique band that impressed us with their wonderful and rejuvenating debut album. Please join us in welcoming...

The Pennsylvanian trio took the world by surprise when they released their amazing debut "Loud Arriver", with their top notch "traditional metal-meets-gothic rock" tunes. Dark, powerful and intoxicating riffs with passionate lyrics is what makes Sonja a truly unique band. Spearheaded by singer/ guitarist Melissa Moore (ex-Absu), Sonja sing about tales of passion and pleasure with a sinister twist. Arthur Rizk's immense production helped create an wonderful album, which made an immediate impact and caused ruckus amongst the fans of traditional metal and more. Their debut album caught the attention of Cruz del Sur Records who released "Loud Arriver" in September 2022". Our team is more than excited to welcome them to their first European show, as headliners for UTH Warm Up Show.

Kevin "Skidz" Riddles, the original Angel Witch bass player, has gathered an outstanding ensemble of very talented musicians and together they perform classic anthems of Angel Witch's legendary debut album in which Riddles was involved in the conception and recording until leaving in 1982 to form Tytan. Kev Riddles' Baphomet was formed in 2021 and since then, they managed to elicit stellar reviews whenever they played a show. Tony Coldham's (The Deep, Tytan) outstanding vocal performances need a special mention, which elevate the band to a whole new level. Be sure not to miss their performance at An Club.

We are very proud to add Claymorean to the ranks of Up the Hammers Warm Up Festival. Hailing from Serbia, the band plays traditional heavy/ power metal, occasionally mixing doom and folk elements to their music. Started as Claymore back in 1994, the band released their first album "The First Dawn of Sorrow" in 2003. After an almost 10 year hiatus, the band reformed in 2012, to release their sophomore album "Lament of Victory" the following year, before eventually rename the band to Claymorean in 2014. The band released more albums under their new moniker, the latest being the 2021 "Eulogy for the Gods". Known for Dejana Garčević's vocal performances, and Vlad Garčević's riffs, we are really looking forward to their energetic live show!

Newcomers Receiver from Cyprus, play fast-paced and galloping traditional heavy metal with epic and catchy tunes. Formed back in 2011 in Nicosia, the band reunited in 2018 to write new material, which is about to be released in early 2023 as their debut titled "Whispers of Lore". Receiver consists of members well-known to the metal scene in Cyprus, being active in other projects as well. This is their first time in Greece and they promise to deliver!

+ More bands to be announced soon. 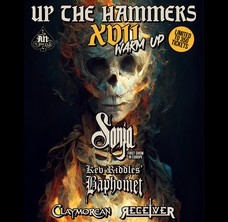