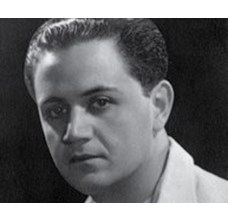 Valid Entry Pass
Your booking is valid provided you check in at least 30 minutes (16:30) before the performance starts. Please make sure that you arrive on time, otherwise your seats will be allocated to other visitors.

Return to the tribute presentation page

On Manos Hadjidakis' birthday, the Greek National Opera and Stavros Niarchos Foundation Cultural Center present a day-long tribute to the music of the great Greek composer, who, this year, would have turned 93.


A programme with vocal adaptations of orchestral compositions from Gioconda's Smile and a compilation of songs from the complete works of Manos Hadjidakis', like, among others, "Away on the misty river" and “Peribanou (Noble Dame)”. Yasemi Quartet's approach to Manos Hadjidakis' work is based on the idea that the melodies of his works can be imprinted on memory in a way that an average listener without being particularly educated can reproduce them by humming the orchestral outbursts. This special characteristic seems to have served as a catalyst for the imprint of Hadjidakis' work on the collective memory.

Free admission, with online pre-registration for the public begins on Tuesday 16/10, at 12.00 noon.

On the day of the event waiting list priority passes will be available from 15.30.

At the Waiting lists every person can get 2 priority passes.