The Lullaby Project: Dreams filled with music and love

In this year's edition of The Lullaby Project, El Sistema Greece continues to expand the spectrum of parenthood beyond gender and biological ties, and celebrate the love for children in its entirety, featuring special musical stories that highlight a host of topical social issues, positively "intervening" in the relations that spawned them and sending out a strong message of acceptance, with love and music.

A same-sex couple who dream of a world of equal opportunities for the child they have adopted; young fathers who are temporarily detained at Korydallos prison and anxious to see their children grow up; a mother who raises her four children alone, living below the poverty line; social workers looking after unaccompanied children-refugees, trying to restore their childishness and confidence in a world of adults who failed to protect them-are only some of the lead characters featured in the 8 stories of this year's Lullaby Project.

Highly acclaimed Greek composers and songwriters Anser, Elias Vamvakousis, Pavlos Pavlidis, George Κasavetis, Andriana Babali, Theodore, Roxani Chatzidimitriou, and Giannis Christodoulopoulos attempt to transcribe feelings, desires and hopes into notes, donning the children's dreams, and those of their parents for them, in music. These original musical stories will be presented to the public on Monday, May 30, at 19:30, at the Alternative Stage of the Greek National Opera, in yet another musical celebration of the greatest love of all.

The innovative community program Lullaby Project was created in December 2011 in New York City by Carnegie Hall's Weill Music Institute (WMI), bringing new mothers and pregnant women from vulnerable social environments together with musical artists, in order to jointly write and sing lullabies to their babies. Since then, these songs have been performed at the famous concerts of The Lullaby Project, which have featured celebrated artists such as mezzo-soprano Joyce DiDonato, Fiona Apple, Natalie Merchant, Catherine Zeta-Jones, et al.

In pursuing its effort to promote social inclusion through music, Carnegie Hall has been working together with El Sistema Greece since 2018 in the implementation of the Greek edition of The Lullaby Project, with El Sistema Greece innovating and expanding the concept beyond maternity and biological ties, to include stories of parental love in all its forms, lovingly dedicated to all the children of the world. The SNFCC has joined El Sistema Greece on this beautiful musical journey since the very first year, 2018, supporting its effort to celebrate the love for children through the universal power of the lullaby.

Event information:
The concert will be held with live audience, but it will also be livestreamed on this page, as well as on SNFCC's Facebook page @SNFCC, and on SNFCC's YouTube channel.

Participants must wear a mask and keep their distance both during attendance and during events and in accordance with the instructions of NPHO.

This event comes under a grant by the Stavros Niarchos Foundation (SNF). 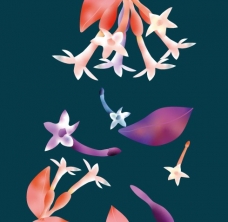 E-Tickets
Please download your tickets in a PDF form. You may print them or have them stored into your mobile phone, in order to check in on the day of the event.