This summer, the Stavros Niarchos Foundation Cultural Center (SNFCC) is all about comedy! On three consecutive Sundays 18/07, 25/07 and 01/08 at 21:00, the popular stand-up comedian Giorgos Xatzipavlou takes over the SNFCC's Panoramic Steps to present a comedy show for children aged 6-12 years old and their parents.

Giorgos Xatzipavlou uses the favorite language of children and grown-ups alike - comedy - to deliver a show that includes funny stories from his childhood, as well as answers to several questions that children ask themselves these days, such as:
What does it mean to be a kid in this day and age?
What do children think their parents were like when they were young - and what were they like in reality?
Why do grown-ups give strange advice?
What is the funniest thing in the world?
Who is the greatest superhero?
What will we be when we grow up?
Which is the best fairy tale?
What is the coolest job you can have?

An interactive hybrid of stand-up comedy and talk show, which will show children that their parents still like to play!

Giorgos Xatzipavlou has been a professional stand-up comedian since 2007, but he first ventured onto the stage in 2001, in Comedy Nights. He was the first to host regular stand-up comedy shows in a theater in Greece, and went on to found Stand-Up for U in 2014, a comedy institution in support of charitable causes. In addition to his solo appearances, he has collaborated on shows and tours in Greece with British comedians, as well as with members of the Comedy Store; in 2016, he created the Comedy Club for kids, the only stand-up comedy show for children in Greece. In 2015, he became the first Greek stand-up comedian to have a solo show aired on a Greek TV channel ("Things are hard" - Alpha TV), and in November 2017 and October 2019 he made the most extensive tours of Greek stand-up comedy outside of Greece, with sold-out shows in several cities, such as London, Edinburgh, Amsterdam, Luxemburg, Berlin, Brussels, Oslo, Vienna, Zurich, Helsinki, Stockholm, Copenhagen, etc.  He has written and presented satirical shows for television, radio and the internet, he is a member of the group that created comedylab.gr, and he wrote the theatrical comedy "72 hours", which ran for two seasons in Athens and Thessaloniki.

The opportunity to attend the concert, in compliance with all necessary measures of safety in accordance with the Hellenic National Public Health Organization, will be given to a limited number of viewers, through advance booking online.

*  For their comfort, audience members are advised to bring along a beach mat or throw to sit on.

Concessions tickets of 5€ are available to students, peopled aged 65+, children and young people aged 6-18 years old, the unemployed, Persons with Disabilities along with their companion, multi-child families and residents of the Municipality of Kallithea. On the day of the concert, concession ticket holders will be asked to show their ID, as well as supporting documentation (student card, unemployment card, family status certificate for multi-child parents, certification of disability, utility bill for residents of Kallithea).

The use of face mask and social distancing measures are suggested in indoor and outdoor areas of the SNFCC, in accordance with Hellenic National Public Health Organization regulations. 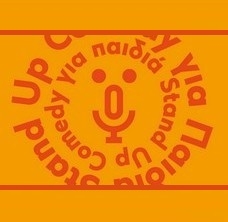 (*) Reduced-rate tickets (€5) are available for students, seniors 65+, children and young people aged under 18, unemployed, large families and Kallithea municipality residents.
Points of sale
- online: www.snfcc.org
- online: www.ticketservices.gr
- call center: 210 7234567 (Ticket Services)
Printing your tickets
Please download your tickets in a PDF form. You may print them or have them stored into your mobile phone, in order to check in on the day of the event.
Important Information
Booking period
- Pre-sale starts on Wednesday 7/7 at 10.00 for SNFCC Members (limited number of seats).
- Pre-sale starts on Thursday 8/7 at 10.00 for the public.
Terms and Conditions
(please click here)