With compositions by Bach, Chopin and Rachmaninoff

His numerous recital and concert appearances started from a very young age. He has appeared in Austria, Germany, Bulgaria, Spain, Romania, Czech Republic, Italy, France, Japan, Egypt, Netherlands, Greece, China, USA (Carnegie Hall - New York, The Kennedy Center - Washington and in many more states). He also represented Greece as a soloist with the Athens State Orchestra in 2008, as part of the Olympic Games events in China. He has been invited to the festivals Chopin de Nohant, Orangerie Chopin, as well as to the White House for the President of the USA Barack Obama, while he also appeared at the Salle Gaveau, the Salle Pleyel and the Cité de la Musique in Paris, but also with the Athens State Orchestra at the Herodion Atticus Theatre in Athens.

During his career some further appearances include the festivals Lisztomanias de Châteauroux and “György Cziffra” in Senlis, the Villa Medici in Rome, the collaboration with the baritone Dimitris Tiliakos for a performance of the “Winterreise” song cycle by F. Schubert at the Megaron of Athens and Thessaloniki, The Chopin Project Op. 10 at the Megaron Athens in 2015 and many more.

He recorded the 1st Concerto for piano and orchestra by J. Brahms with the Orchestra of the Conservatoire National Supérieur de Musique et de Danse de Paris and also made a personal CD, which Kyprianos Katsaris characterized in an article at 'BBC Magazine' as an "important new record" and as "un pianiste formidable"

Vassilis Varvaresos has also composed the music for two documentaries and for the short film “Hardwood”. 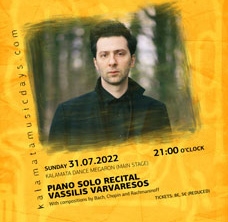 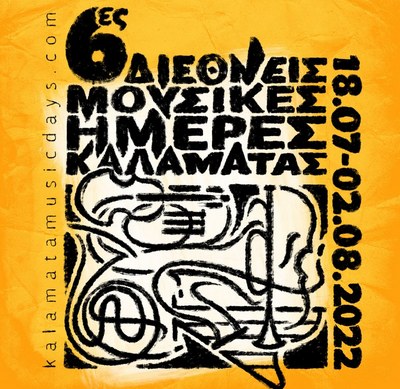