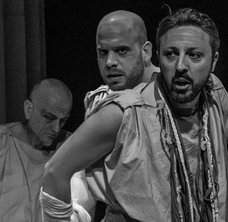 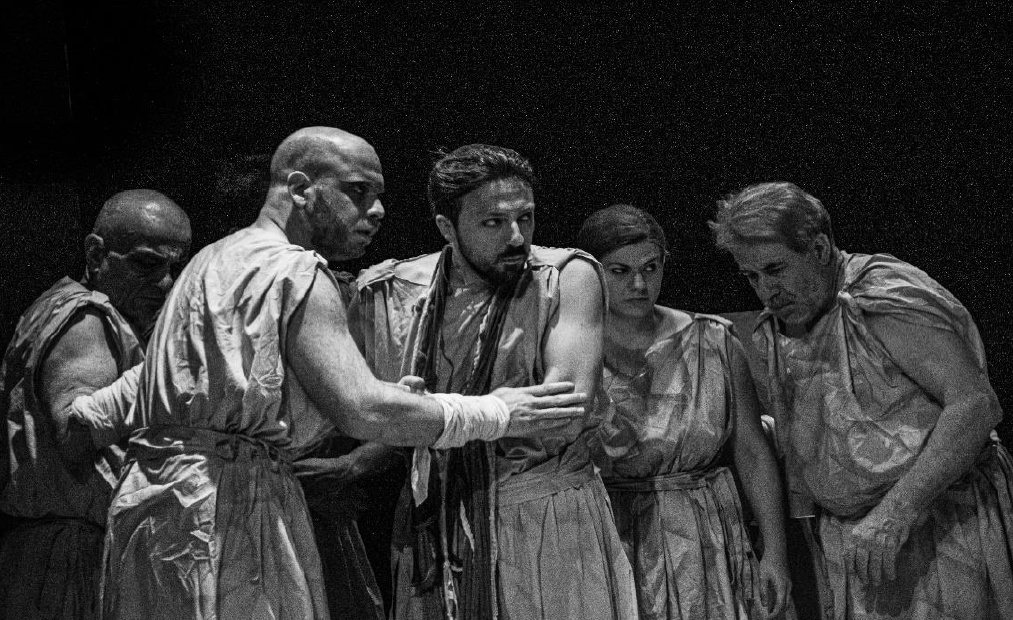 with English and French overtitles

with English and French overtitles 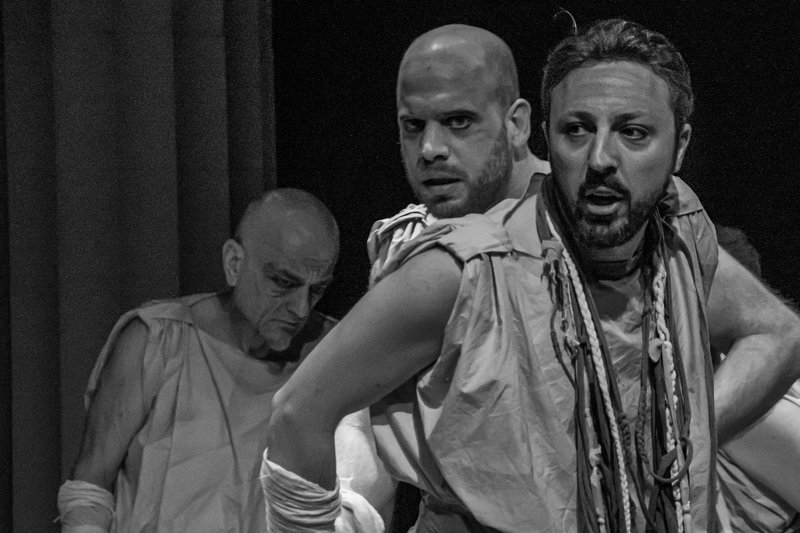 After Oedipus was born, his father, King Laius of Thebes, learned from an oracle that he, Laius, was doomed to perish by the hand of his own son, and so ordered his wife Jocasta to kill the infant. But faith decided differently.

Oedipus Rex is long considered the greatest Greek tragedy and hailed by Aristotle as the tragedy par excellence. It remains a model of what tragedy should be; deftly plotted and perfectly executed, it has a sympathetic protagonist, a crushing climax, inspirational poetry, and a wealth of meaningful themes. The play remains on the very short list of exceptionally and undeniably great world literature masterpieces that are taught all over the world.

"Fimonoi Stage" is a professional theatrical group, with the vision to inspire visitors and spread the message of Classic Greek culture and Ancient Drama to tourists from all over the world. Fimonoi's vision is for foreigners visiting our country to have the complete cultural experience, watching theater, poetry and music performances, adding up to the overall travel experience, and get to know the role of Athens and Greece in the global cultural life. Furthermore, Fimonoi

[* Fimonoi was said to have been the daughter of Apollo, his first priestess at Delphi,[2] or of his possible son Delphus, and the inventor of the hexameter verses, a type of poetic metre.[3] In some studies, attributed to the phrase "know thyself" (γνῶθι σεαυτόν) found inscribed at the entrance to the Temple of Apollo at Delphi. (Wikipedia)]