The Stavros Niarchos Foundation Cultural Center (SNFCC) ushers the autumn in dynamically, with Music Escapades: In Orbit, a two-day music festival with established and up-and-coming names of the contemporary independent music scene of Athens. On Friday 4th and Saturday 5th of September, LIVE from the Dome of the Stavros Niarchos Park, eight bands will cover a broad musical spectrum, from the heavy psych rock energy of Noise Figures, the neo-psychedelic sound of Whereswilder, the psychedelic experimentations of Dury Dava, and the euphoric electropop of Daphne and the Fuzz (4/9), to the electronic sound of Cayetano, Lip Forensics, S.W.I.M. and Danai Nielsen (5/9), in a festival that will capture the sound of the city and the trends of the domestic rock and electronic scene.

A two-day meeting with bands that dare to experiment and hold their own on the international scene, as well as an opportunity to discover first-hand the current sound of Athens through a very exciting line up.

The opportunity to attend Music Escapades: In Orbit, in compliance with all necessary measures of safety in accordance with the Hellenic National Public Health Organization, will be given to a limited number of viewers, through advance booking online, while the public will have the option of watching the concerts online on the SNFCC website snfcc.org, on SNFCC Facebook page and its YouTube channel.

The festival program is as follows:

Noise Figures, who came onto the scene in 2012, have released four psych rock albums with blues references. The duo of Giorgos Nikas (vocals, drums) and Stamos Babaris (guitar, vocals), with five European tours and many live appearances under their belt, promises a live show full of energy.

At their SNFCC concert, they will introduce the audience to tracks from their 4th album, entitled The Perfect Spell, which was released a few months ago, as well as selected songs from their discography.

Whereswilder return to the SNFCC stage with their brand new, third album. In a track list created especially for the occasion, Athenian rockers Whereswilder will present new compositions as well as selected songs from their two earlier releases, Yearling and Hotshot.

Veterans of major festivals, and with an excellent new album made, as they say themselves, in the "all killer - no filler mode", the neo-psychedelic band's performance is sure to be a pleasant surprise.

Daphne and the Fuzz

Daphne Lazou, with her band Daphne and the Fuzz, will present mostly new songs, as well as selected tracks from her earlier albums, with her renewed electronic set. She will tunefully perform songs from her vintage pop style debut, as well as her more extroverted late-night second album "2 AM" with a rising tempo, fusing the timeless aura of Fleetwood Mac with French electronica, for a super-fresh result.

Acclaimed producer Cayetano, after eight solo albums with a meticulous dub, trip hop and jazz sound, released his most cinematic concept album in 2019, entitled Melanie. Melanie is a narrative of his experiences of two years of travel in Southeast Asia, with analogue musical instruments and prog rock influences. For his show at the SNFCC, he is joined by three exceptional musicians: Nikos Martziokas on electronic percussion, Resonoot on the electric guitar, and Georges Perin on vocals.

Lip Forensics, the electronic duet of Zade and Εkelon, return to the SNFCC to present  Euneirophrenia, a dynamic dance set, in the face of, or perhaps because of the situation we have found ourselves in over the last few months. Their synthwave sound, with electro features and references to the cinematic dystopia of Carpenter and Vangelis in a dance mood, was captured perfectly in their debut album "Cheiloscopy", produced by Seraphim Tsotsonis.

The female synthpop trio Someone Who Isn't Me (S.W.I.M.), consisting of Maria Hatzakou on the drums, Marilena Orfanou on the synths and Gina Dimakopoulou on the guitars, return to the SNFCC with an exhilarating set with high BPMs. S.W.I.M will play songs from their debut album, their upcoming second, and their anti-summer hit "Summer In Athens".

Greek-Danish Danai Nielsen, who started out with the rock band Rosebleed, has struck out on her own, creating dream pop songs with vintage synthesizers, loops and ethereal vocals. She recently released an unexpected reggae/dub remake of the traditional Epirus song "Kontoula Lemonia", written six years ago, at a time when she was an immigrant in Germany and spoke broken German, just like she sings the Greek lyrics in her version of the song. Nielsen comes to the SNFCC to share her new work - including her upcoming single Mermaid - and her ever-conceptual stage presence.

Eligible for 5€ concession tickets are students, persons aged 65+, children and adolescents aged 6-18 years old, the unemployed, persons with disabilities along with a companion, parents of large families, and residents of the Municipality of Kallithea. 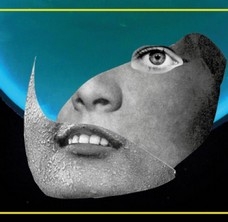 Reduced-rate tickets (€5) are available for students, seniors 65+, children and young people aged 6-18, unemployed, large families and Kallithea municipality residents.
Points of sale
- online: www.snfcc.org
- online: www.ticketservices.gr
- Stavros Niarchos Foundation Cultural Center (GNO box office)
- call center: 210 7234567 (Ticket Services)
Printing your tickets
Please download your tickets in a PDF form. You may print them or have them stored into your mobile phone, in order to check in on the day of the event.
Important Information
Booking period
- Pre-sale starts on Tuesday 25/8 at 09:00
Terms and Conditions
(please click here)