There are terrible days ahead.

Rural Andalusia. The wedding is over and the guests are dancing, enjoying the happy event. But the bride, with the wreath of flowers still in her hair, abandons the groom. Her former fiancé, Leonardo, carries her off on horseback, while the groom chases them into the dark forest where they seek refuge. Nature will betray the transgressors and the cycle of revenge will be complete, confirming that it is the fate of young men to die by an inanimate knife that thirsts for blood and of women to grow old alone, waiting stoically for the end. The two men are dead and the bride, still a virgin, but dishonoured, will remain in the house forever, like the groomΆs mother, whom death has robbed of all the men in her family.

The great Spanish poet's play is about absolute love that goes beyond barriers, laws and reason. In the ruggedness of the Andalusian landscape and the harshness of unwritten laws, death is the final outcome of the struggle between the unstoppable momentum of passion and stagnated institutions.

Blood Wedding, arguably LorcaΆs finest play and certainly his most frequently performed in Greece, is a rural tragedy. Written in 1932, at a political watershed for Spain, it became an era-defining play and influenced modern theatre like few other works. Greek audiences were introduced to it in 1947, in a historic production directed by Karolos Koun, while it was first staged at the National Theatre of Greece in 1981, when the director was Alexis Solomos.

The cast (in alphabetical order): 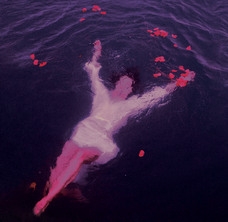 Unemployed
5€
- Only on Wednesday & Thursday

SALE OF DISCOUNT TICKETS
The purchase and use of discounted tickets requires the presentation of the relevant legally validated and updated supporting documents (indicative: identity card, student-educational identity card / passport, unemployment / polytechnic card, professional identity card) physical pre-sale points) as well as upon entering the theater (upon pre-purchase electronically or in person). In case of non-presentation of the supporting documents upon entering the performance, the spectator will have to pay the difference at the box office of the theater by charging a card, otherwise the ticket price will be refunded in the way and place of the initial payment.


ADMISSION
45 minutes before the start of the performance