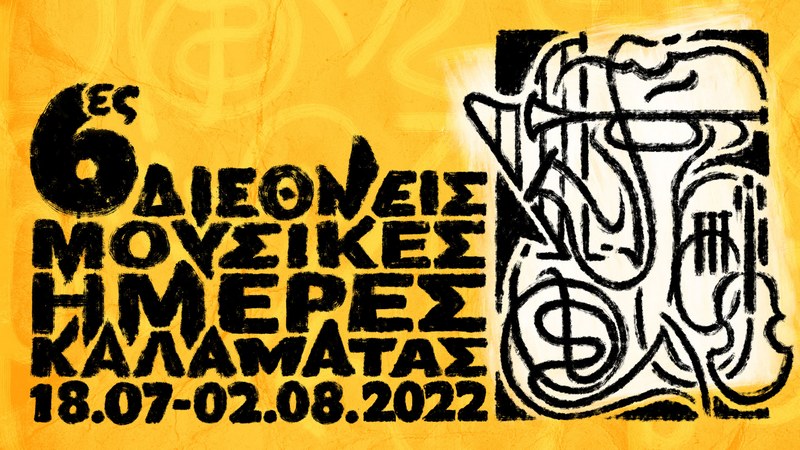 With compositions by Debussy and Mahler

Conducted by a participant of the conducting masterclass

The great conductor for the first time in Kalamata

Christoph Eschenbach is a phenomenon amongst the top league of international conductors. Universally acclaimed as both a conductor and pianist, he belongs firmly to the German intellectual line of tradition, yet he combines this with a rare emotional intensity, producing performances revered by concert-goers worldwide. Renowned for the breadth of his repertoire and the depth of his interpretations, he has held directorships with many leading orchestras and gained the highest musical honours.

In exploring the conditions that led to the emergence of such a charismatic talent, we can look to his early years – born at the heart of a tempestuous, war-torn Europe in 1940, his early childhood was scarred by a succession of personal tragedies. It can truly be said that music was his saviour, and his life began to change when he learned the piano. Now, at the age of 80, his keen artistic curiosity is undiminished, and he still thoroughly enjoys working with the finest international orchestras. He is also well-known as a tireless supporter of young talent – this is his greatest passion, and he values his contribution to mentoring up-and-coming talent over and above his own distinguished career. Moved by the energy and the drive of young people – „Those one hundred percent artists“, as he calls them – he has a personal mission to pass the torch to the next generation. His discoveries to date include the pianist Lang Lang, the violinist Julia Fischer and the cellists Leonard Elschenbroich and Daniel Müller-Schott. As Artistic Advisor and lecturer at the famous Kronberg Academy, he accompanies young violinists, cellists and violists on their way to become world class soloists. Christoph Eschenbach continues to explore new horizons and since September 2019 he is Musical Director of the Konzerthausorchester Berlin.

With compositions by Bach, Chopin and Rachmaninoff

His numerous recital and concert appearances started from a very young age. He has appeared in Austria, Germany, Bulgaria, Spain, Romania, Czech Republic, Italy, France, Japan, Egypt, Netherlands, Greece, China, USA (Carnegie Hall - New York, The Kennedy Center - Washington and in many more states). He also represented Greece as a soloist with the Athens State Orchestra in 2008, as part of the Olympic Games events in China. He has been invited to the festivals Chopin de Nohant, Orangerie Chopin, as well as to the White House for the President of the USA Barack Obama, while he also appeared at the Salle Gaveau, the Salle Pleyel and the Cité de la Musique in Paris, but also with the Athens State Orchestra at the Herodion Atticus Theatre in Athens.

During his career some further appearances include the festivals Lisztomanias de Châteauroux and “György Cziffra” in Senlis, the Villa Medici in Rome, the collaboration with the baritone Dimitris Tiliakos for a performance of the “Winterreise” song cycle by F. Schubert at the Megaron of Athens and Thessaloniki, The Chopin Project Op. 10 at the Megaron Athens in 2015 and many more.

He recorded the 1st Concerto for piano and orchestra by J. Brahms with the Orchestra of the Conservatoire National Supérieur de Musique et de Danse de Paris and also made a personal CD, which Kyprianos Katsaris characterized in an article at 'BBC Magazine' as an "important new record" and as "un pianiste formidable"

Vassilis Varvaresos has also composed the music for two documentaries and for the short film “Hardwood”.

The renowned jazz pianist for the first time in Greece

The famous Italian Jazz pianist Enrico Pieranunzi will perform as a soloist, but also together with the astounding Kalamata-born double bassist Arionas Gyftakis.

Enrico Pieranunzi was born in Rome in 1949 and has for many years been among the most significant and well-known protagonists of the international jazz scene. A pianist, composer, and arranger, he has recorded more than 70 albums under his own name, ranging from piano solo to trio, from duo to quintet. He has collaborated, either live or in the studio, with Chet Baker, Lee Konitz, Paul Motian, Charlie Haden, Chris Potter, Marc Johnson, and Joey Baron. Pieranunzi has been named Artist of the Year three times by the Musica Jazz magazine criticsΆ poll (in 1989, 2003, 2008). He also won the French Django dΆOr prize as “Best European Musician” in 1997 and the German Echo Jazz Award in 2014 as “Best International Keyboard Artist”. Pieranunzi has performed his music all over the world in the most prestigious international festivals, from Montréal to Copenhagen and Buenos Aires, from Berlin and Madrid to Tokyo, Rio de Janeiro and Beijing. For the past ten years, he has been playing more and more in the USA, and has taken part in the San Francisco and Spoleto (Charleston, South Carolina) festivals. He has also been regularly featured in the most important New York clubs, especially the Village Vanguard, where in July 2010 he recorded the album Live at the Village Vanguard with Marc Johnson and Paul Motian. This is the first album ever recorded by an Italian musician (and one of the very few by European musicians) in the legendary diamond shaped 7th Avenue venue.

Arionas Gyftakis was born in Kalamata, Greece, in 1995. He started playing the classical violin at the age of seven. At the age of 15 his interest in jazz led him to the upright bass. He studied several stylistic concepts of jazz and jazz harmony with Sylvios Syros and he also studied the classical bass with Takis Kapogiannis for two years. In 2012 at the age of seventeen he auditioned for the Berklee College of Music and was able to study with the Presidential Scholarship. At Berklee he had lessons with Hal Crook and Eddie Gomez. He has played with George Kontrafouris, Spyros Manesis, Davis Whitfield, Andreas Polyzogopoulos, Anastasis Gouliaris, Vasilis Podaras, Takis Paterelis, George Tsiropoulos, Daniel Rotem and many more.

The tutors of the masterclasses 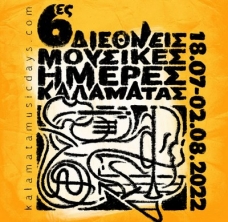