THE EVENTS on GNO TV 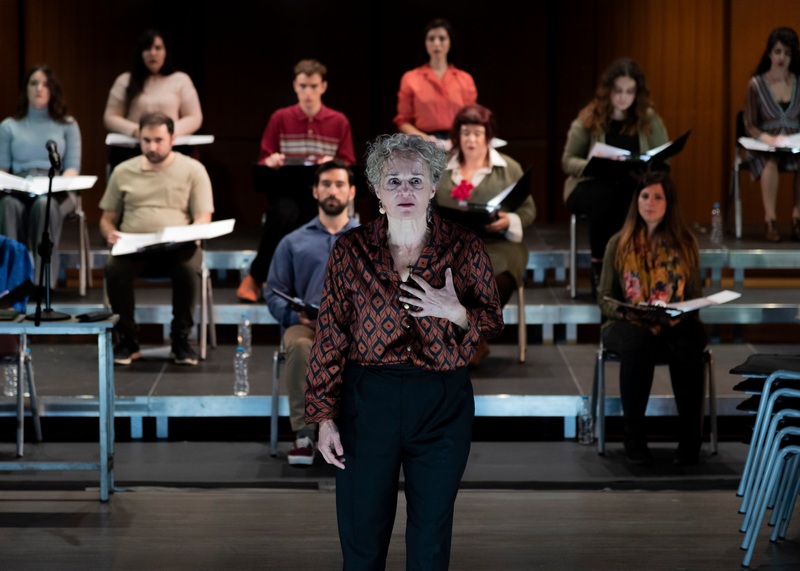 The Events, world-class Scottish playwright David Greig's great work, with music and lyrics by John Browne, comes to GNO TV, the new web TV of the Greek National Opera. The performance is a co-production of the GNO Alternative Stage with nine Municipal and Regional Theatres of Greece and it will be available onnationalopera.gr/GNOTV/enfrom 16 April to 13 May 2021.The production and GNO TV are made possible by a grant from the Stavros Niarchos Foundation (SNF) [www.SNF.org] to enhance the Greek National Opera's artistic outreach.

The Eventsis a political work exploring the rise of the extreme right, neo-fascism and xenophobia through an attempt to approach the "beast" itself. The work stars amateur choirs. Inspired by the massacre of 69 people by Anders Breivik in 2011 in Norway, it attempts to grasp the unthinkable and explore the limits of forgiveness in the face of monstrosity. The production is directed by Alexander Raptotasios, who also translated the text, and musical direction, choir coaching and adaptation of music and lyrics is by Konstantinos Thomaidis.

The collaboration of a state arts organisation with such a large number of regional theatres, on the basis of a partnership of equals, is a significant initiative, which brings out the potential for synergies between organisations of the centre and the periphery. In the case of The Events, the participation of local choirs reinforces even more the venture's essence while highlighting its political dimension. In recent years, the GNO Alternative Stage has developed a number of collaborations with regional organisations, in an effort to enhance artistic dialogue.

The Events is presented for a second time in Greece, while its tour across the country with the participation of local choirs is rescheduled for the near future - according to the intention of the writer and the rest of the creators of the first performance.

The work was commissioned by the Actors Touring Company and was first performed at the Traverse Theatre in Edinburgh (Fringe Festival 2013), directed by Ramin Gray. It received raving reviews and was labeled as an important, groundbreaking work. Its premiere was immediately followed by a two-year tour across Great Britain, and later on it was presented at theatres all over Europe and in New York.

The set was designed by Dimos Klimenof in collaboration with the director and in line with the preventive measures against COVID-19, and its goal is to have the local choirs placed on the stage as a reflection of the audience, while the actors are conducting a workshop about events, memories and ideologies, between them. In the same context, Eliza Alexandropoulou designed the lighting, exploring what unites us, what moves us from individuality to togetherness. The costumes are by Marie-Cécile Inglesi.

Claire, a teacher running a local amateur chorus consisting of immigrants and people from socially vulnerable groups in her spare time, believes that there is an explanation about what is going on in the world. One day, an armed young local man barges into her rehearsal room and starts shooting. Claire will be the only survivor and the only thing she wants to do is understand why this happened.

A co-production of the Greek National Opera with the Municipal and Regional Theatres of Corfu, Ioannina, Kozani, Serres, Crete, Komotini, Kalamata, Agrinio, the Theatre of Thessaly and Ferodo Bridges

Filmed on the GNO Alternative Stage at the SNFCC on 11 December 2020. With Greek and English subtitles.

With the participation of the Piraeus Vocal Ensemble Libro Coro

With the 5-euro ticket viewers can: 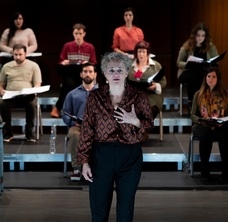 GNO TV
The Events
Ticket purchase for on demand streaming