At  nationalopera.gr/GNOTV/en
from 9 November to 31 December 2021 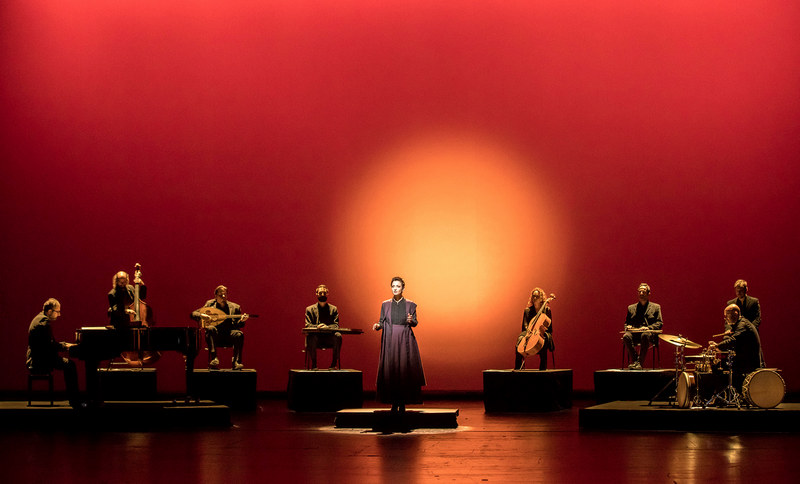 The new musico-poetical work Martha: A Story From Missolonghi by Nikos Xydakis to a libretto by Dionysis Kapsalis premieres on GNO TV, as part of the tribute to the 2021 bicentennial of the Greek Revolution. The work, which was commissioned by the GNO Alternative Stage and filmed last spring without a live audience, is now coming to your screen exclusively through nationalopera.gr/GNOTV , from 9 November to 31 December 2021, with Greek and English subtitles.

The figure of Martha, the beleaguered mother "who stopped being jealous of the little bird that found a tiny seed and sang" from the fragments of Dionysios Solomos' epic, unfinished poem The Free Besieged, lies at the centre of this musico-poetic synthesis that ventures to render one of the most prominent episodes of the Greek War of Independence: the Third Siege and Exodus of Missolonghi in the spring of 1826 - seen, this time, from the viewpoint of the besieged women.

Martha: A Story From Missolonghi is based on two sources that balance the popular and the learned in creative ways: the invaluable Memoirs of the revolutionary warrior and historian Nikolaos Kasomoulis, to whom we owe a first-hand account of the siege, and the lacerating poetic transubstantiation of the historical events by the genius of Solomos, the national poet of Greece, through lyrics from his poem The Free Besieged that are interpolated into the work.

This creative partnership of composer Nikos Xydakis, well-known for his skilful bridging of folk and oriental elements with Western-style songwriting, and award-winning poet Dionysis Kapsalis attempts to delineate the transcendent, ethical grandeur of the insurgent, self-sacrificing people of Missolonghi through a musico-theatrical idiom that combines the means of poetry, music and narration in diverse ways.

" It is a cutting-edge work, a minimalistic form of tragedy or a vigil, something like an unofficial ceremony. It cannot be placed into any specific genre", notes Nikos Xydakis . "Dionysis Kapsalis has penned an outstanding libretto, in poetic form, a composition of poems, with a language that is emotionally close to me. A poem brimming with alternations of form, from songs to instrumental parts, dance, narration and Martha's very interesting monodies. Especially the monodies gave me the chance to experiment on a melodic recitativo that is a bit closer to us, a bit more Greek ."

The final result is a collective work. " At times I thought we created a construction, a chapel, where we could escape, be moved, or remember, and live and breathe freely. Having in mind these fascinating human beings that constitute the moments and figures of Missolonghi" , states Nikos Xydakis. 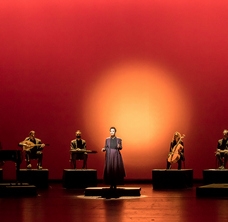 GNO TV
Martha: A Story from Missolonghi
Ticket purchase for on demand streaming

Available from 9 November until 31 December 2021