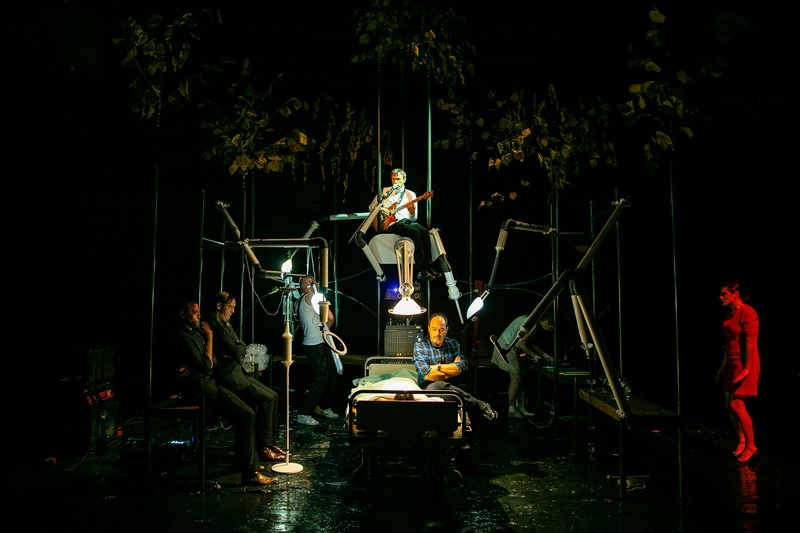 The music theatre performance LIVER, an international co-production of the GNO Alternative Stage with the distinguished Belgian contemporary music ensemble Ictus, comes to GNO TV from 9 April to 31 December 2021.

It is an unusual love story, to a libretto by author and award-winning scriptwriter Efthymis Filippou, directed by Angeliki Papoulia and Christos Passalis, two of the most acclaimed creators of their generation, and with the participation of an international team of artists.

The cinematic adaptation of LIVER through the special directorial gaze of The Boy, aka Alexandros Voulgaris, is presented in its online premiere at nationalopera.gr/GNOTV/en with Greek and English subtitles.

The production and GNO TV are made possible by a grant from the Stavros Niarchos Foundation (SNF) [ www.SNF.org ] to enhance the Greek National Opera's artistic outreach

On the warm and rainy evening of the 7th of July 1994, a 44-year old woman had a tragic accident. The motorcyle she was on skidded off the road and the woman was seriously injured by a sharp object that penetrated her liver as she fell on the street. She was immediately transferred to the hospital in a state of coma. All the time she remained there, the man whom she loved more than anything in her life was constantly by her side. A 62-year old healthy and well-built man. Every night this man would lie next to her on the hospital bed and sleep with her. These few hours, until the break of dawn, it looked like both of them were in a coma or just asleep. Night shift nurses would not wake him up, they would only tuck him in if it so happened that his leg would stick out of the white covers.

This is the last conversation between the organs of this man and woman's bodies, as it was recorded by the medical machinery a while before she died of cardiac arrest on 18 July 1994.

The transcript of the conversation was made by Efthimis Filippou. The internal organs of the two tragic lovers are interpreted by the musicians, performers and members of the Ictus Ensemble, Tom Pauwels and Michael Schmid, musician and sound artist Angeliká Castelló, visual artist Diederik Peeters, and actors and directors Angeliki Papoulia and Christos Passalis.

LIVER's inner world is the fruit of the collaboration of all the members of the creative team and the different artistic disciplines from which they come.

World premiere / A co-production with the Ictus Ensemble (Belgium)

The production was filmed at the GNO Alternative Stage at the SNFCC on 4 & 5 December 2020. 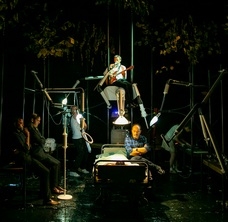