Spanning and uncovering a wide range of musical genres, from minimalism to the great voices and from the classics to the newest trends, the SNFCC's Cosmos concert series has hosted, and continues to host, numerous leading artists from all over the world, in a series of musical counterpoints.

Dawning this March at Stavros Niarchos hall is the star of Tom Harrell, which has been shining bright for decades, in his very idiosyncratic way, in the firmament of contemporary jazz music.

Boasting an extensive discography, countless distinctions and awards, the 76-year-old American trumpeter, composer and flugelhorn virtuoso is considered a musical genius and one of the greatest jazz artists of all time. Although his career spans more than five decades, with a track record of over 280 recordings, Harrell manages to remain relevant and creative, delivering a new album every one to two years, continually touring the world with his quartet, and constantly enriching his compositions with new challenges and influences.

Talented and studious, he began his career alongside jazz giants such as Stan Kenton, Woody Herman, Horace Silver and Phil Woods, to become one of the most influential musicians in the world himself. Discerning and versatile, whether he is dealing with compositions for ballet, soundtracks, symphony orchestra or chamber music, he achieves a sound that spans virtually all jazz genres, from classic and melodic to experimental and avant-garde. Indicatively, his latest album Oak Tree (2022) features hints of funk, bop, and even reggae, as well as influences from Brazil, Cuba and Japan, as noted in the rave reviews published in international media.

"Trumpeter of the year," according to the Jazz Journalists Association (JJA), he has also earned a lifetime achievement award from the Festival of New Trumpet Music, dozens of Grammy awards and countless accolades by magazines DownBeat and JazzTimes.

Prolific and endlessly inspired, Tom Harrell is a unique case of a musician, with a voice and vision of his own, who constantly invents new ways to sync with his time, explore new ways of artistic expression, and keep in top-notch shape. 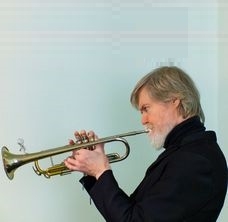 Concession tickets of 10€ are available to students, people aged 65+, minors up to 17 years old, the unemployed, companions of Persons with Disabilities, multi-child families and residents of the Municipality of Kallithea.

On the day of the event, concession ticket holders will be asked to show their ID, as well as supporting documentation (student card, unemployment card, family status certificate for multi-child parents, utility bill for residents of Kallithea)

Free tickets are available to Persons with Disabilities, by contacting the call center at 210 7234567 or via email at info@ticketservices.gr and by showing their ID and certification of disability on the day of the event.