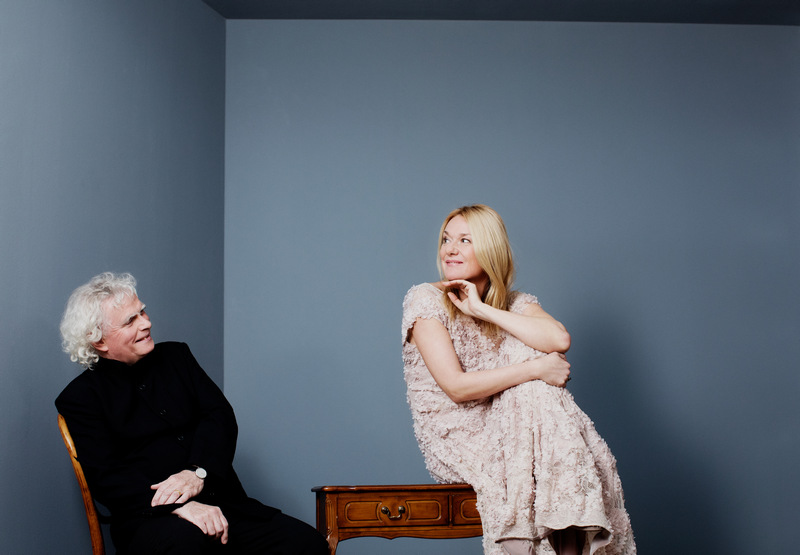 Magdalena Kožená and Sir Simon Rattle are coming to the SNFCC in October, for a unique recital filled with soulful vocals and soothing piano melodies.

The Czech mezzo-soprano and the current music director of the London Symphony Orchestra are partners in life and in art; for the latter to take his seat at the piano as accompanist, however, is a rare event.

The couple's performance will be embracing the music heritage of Kožená's Czech homeland, while offering contrasting responses to Shakespeare's troubled Ophelia.

Sir Simon Rattle was Principal Conductor and Artistic Adviser of the City of Birmingham Symphony Orchestra from 1980 to 1998, before moving to Berlin in 2002 to hold the positions of Artistic Director and Chief Conductor of the Berliner Philharmoniker – from which he stepped down in 2018. He became Music Director of the London Symphony Orchestra in September 2017 and spent the 2017-18 season at the helm of both ensembles. He has received numerous international awards, including a Grammy in 2009, while he maintains longstanding relationships with the leading orchestras in London, Europe and the US. Rattle regularly conducts the Wiener Philharmoniker, next to being a Principal Artist of the Orchestra of the Age of Enlightenment and Founding Patron of Birmingham Contemporary Music Group.

Kožená has worked with many of the world's leading conductors as well as distinguished recital partners performing at such prestigious venues as Carnegie Hall, Wigmore Hall, Alice Tully Hall, the Concertgebouw, Amsterdam, as well as at the Aldeburgh, Edinburgh and Salzburg festivals . She has been awarded major prizes both in the Czech Republic and internationally and has worked with many of the world's leading conductors, including Claudio Abbado, Pierre Boulez, Gustavo Dudamel, Sir John Eliot Gardiner, Bernard Haitink, Nikolaus Harnoncourt, Mariss Jansons, Sir Charles Mackerras and Sir Roger Norrington. Her latest album, a collection of scenes from secular cantatas on tragic love, was released in May 2019.

Sale starting Tuesday 24/09 for the public. 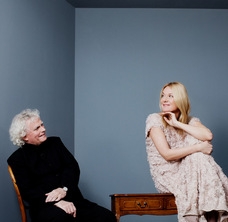 Reduced prices apply to children 6-18 years old, students, seniors (over 65 years old), people with disabilities plus one companion, unemployed, and citizens of Kallithea municipality.
Points of sale
- online: www.snfcc.org
- online: www.ticketservices.gr
- Stavros Niarchos Foundation Cultural Center (GNO box office)
- Ticket Services box office (39 Panepistimiou Str)
- call center: 210 7234567 (Ticket Services)
Printing your tickets
Please download your tickets in a PDF form. You may print them or have them stored into your mobile phone, in order to check in on the day of the event.