Cosmos: Camerata – The Friends of Music Orchestra | The Magic of Antonio Vivaldi 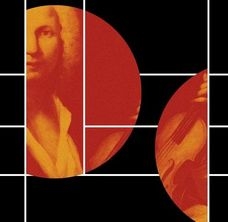 Reduced-rate tickets (€5) are available for students, seniors 65+, children and young people aged 6-18, unemployed, large families and Kallithea municipality residents.
Points of sale
- online: www.snfcc.org
- online: www.ticketservices.gr
- Stavros Niarchos Foundation Cultural Center (GNO box office)
- Ticket Services box office (39 Panepistimiou Str)
- call center: 210 7234567 (Ticket Services)
Printing your tickets
Please download your tickets in a PDF form. You may print them or have them stored into your mobile phone, in order to check in on the day of the event.

The leading performer of Antonio Vivaldi, Romina Basso, is coming to the SNFCC for a concert dedicated to the Italian Baroque, consisting of arias and concerti by the Venetian composer. She will be accompanied by the musicians of Camerata - The Friends of Music Orchestra, conducted by Markellos Chryssicos.

The composer of The Four Seasons, Antonio Vivaldi was the leading representative of the Italian Baroque. In recent decades, there has been renewed interest in his vocal works. No singer is more closely associated to a composer than Romina Basso to Vivaldi. Her unique vocal texture, combination of virtuosity and expressiveness, and dramatic power have all established Romina Basso as the most renowned performer of Vivaldi's music.

The concert's program at the SNFCC features excerpts of operas and concerti, many of which were sung by Romina Basso for the first time in contemporary times.

The Italian mezzo-soprano Romina Basso studied at the Conservatorio Benedetto Marcello in Venice. She is regarded as a leading performer of Vivaldi both in live performances and recordings. She has performed at Théâtre des Champs-Elysées, Lincoln Center and Theater an der Wien, in leading roles, and has also worked with acclaimed conductors all over the world.

Markellos Chryssicos studied the harpsichord before going on to study at the Mozarteum Salzburg and the Geneva Conservatory of Music. He has conducted the Venice Baroque Orchestra, Camerata – The Friends of Music Orchestra, the Athens State Orchestra, the Irish Baroque Orchestra and the Βach Consort Wien. He has performed at the Bayreuth Festival and regularly works with the Wiener Kammeroper. He has earned a Choc du Monde de la Musique as conductor of the Venice Baroque Orchestra for a recording of L'Olimpiade. He is also credited as assistant conductor in many award-winning recordings for MDG, Sony and Decca music labels.

For more information, please contact SNFCC call center at +30 216 8091000. This is an event funded by the grant from the Stavros Niarchos Foundation (SNF). Alongside the core program of free-admission events, provided free of charge thanks to SNF grants, the Stavros Niarchos Foundation Cultural Center organizes a series of events for which a low admission fee applies, helping SNFCC to diversify its income sources while ensuring its long-term financial robustness.
Do we have your permission to store cookies to your browser? This way we and third parties (Google, Facebook etc) will be able to track your usage of our website for statistics and advertising reasons. You may read more on the cookies usage in our website clicking here.
Yes, I allow No, I don't