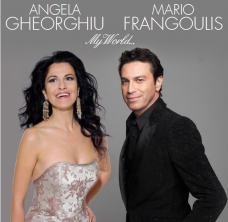 and at the PUBLIC stores
and at tickets.public.gr

COLLECTING TICKETS
Tickets purchased online or by phone can be collected at the Ticket Services box office at 39 Paenpistimiou Str, Athens, or at the venue's box office on the night of the performance. An ID or passport is required for the tickets to be collected

E-TICKET
You may also download your tickets in PDF format and print them. This way there is no need to be earlier at the box office to collect them.

The Athens State Orchestra is conducted by Eugene Khon 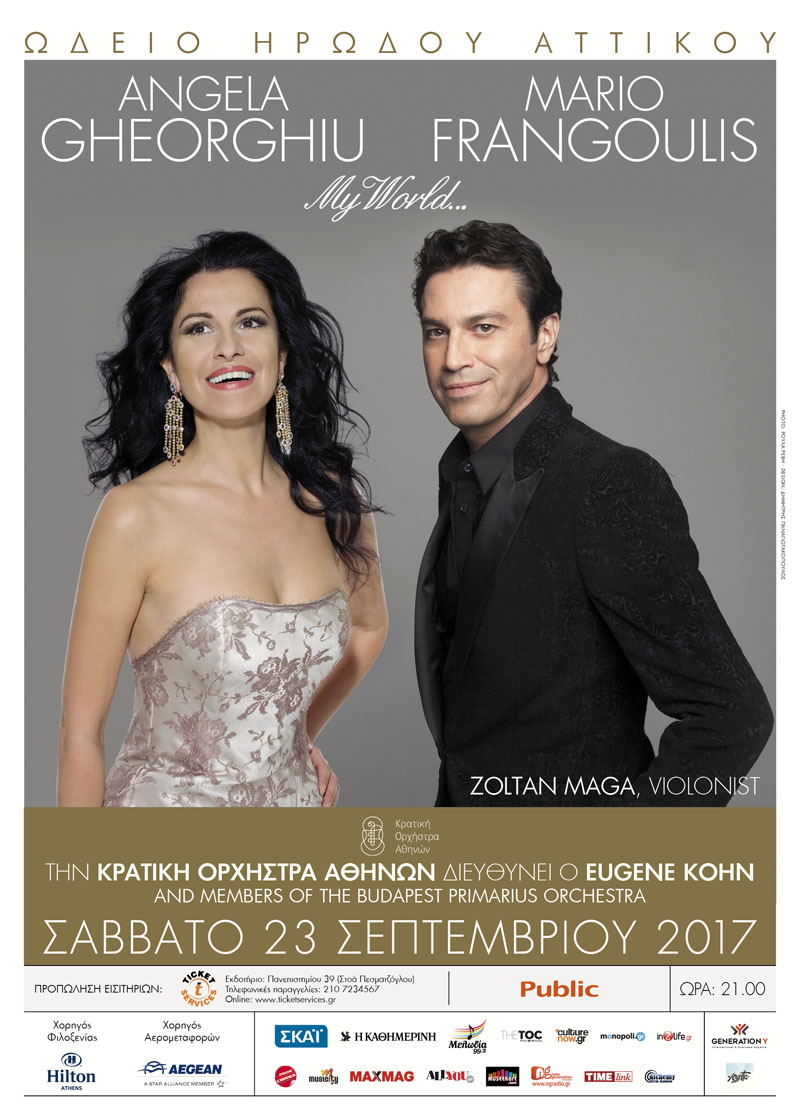 An evening that signals the end of the summer; the best way to welcome the autumn season: Mario Frangoulis welcomes the great international opera diva in Athens, soprano Angela Gheorghiu.

The Romanian-born soprano has graced the greatest opera houses in the world with her sparkling legend; she is a living opera legend. Gheorghiu and Frangoulis share a love for classical songs, as well as the capacity to masterfully deliver crossover performances which weave together various music genres. Here, they will be conducted by Eugene Kohn, one of the greatest conductors in the world.

At the Odeon of Herodes Atticus, on Saturday, September 23, Angela Gheorghiu and Mario Frangoulis will guide us through a magical world, made of beloved arias and famous duets, as well as songs from the sopranosΆ album “My world”. A music experience that will be discussed in the years to come. The virtuoso violin player Zoltan Maga will join the duo for a surprise guest appearance, straight from Budapest.

The Sunday Times wrote that GheorghiuΆs voice is an instrument of great lyrical beauty which can release golden notes, making her a worthy heir to Maria Callas. Classic FM has called her the last of the great divas. Angela Gheorghiu has left her mark in roles such as Mimi in La bohème, Tosca in the eponymous opera and Violeta in Traviata.

Mario Frangoulis, described by Billboard magazine and “daring and full of inspiration,” will perform in his own amazing way. Hailed internationally as the great star of classical crossover, Frangoulis has been described by CNN as an artist whose world becomes pure sound, a voice that has made a mark, moving dexterously between classical songs, musicals and theatre.

The music meeting of Angela Gheorghiu and Mario Frangoulis is thenot-to-be-missed performance of this autumn, to be held at the Odeon of Herodes Atticus.