E-TICKET
Purchasing your tickets online, and if you have a printer, you may download them in a PDF file format and print them. This way you may enter the venue, without first having to collect your tickets at the venue's box office.

In September 2017 was one evening scheduled, eventually we performed two sold-out concerts at Herodes Atticus Odeon! 9.000 people expirienced rock music in another way! The same thing happened in September 2018. Two Sold out concerts! The project was established!
This year Classic Rock 3 will be here again at the Herodes Atticus Odeon with famous guests, and the greatest rock songs. In a totally new explosive playlist!

One of Europe's famous orchestras, Τhe Prague Philharmonic Orchestra presents the concert with which rock music has been able to penetrate and be heard in all the major operas of Europe...

Classic Rock! Famous songs of the biggest rock bands such as PINK FLOYD, ROLLING STONES, AC / DC, METALLICA, SCORPIONS, GENESIS, QUEEN etc. are presented with classic sound along with electric instruments! As before this year also at Herodes Atticus Odeon, the program will be presented with the collaboration of the Athens State Orchestra under the musical direction of the conductor and composer Friedemann Riehle.

On Tuesday 17 and Wednesday 18 of September 2019, we will live the most glorious September's nights, where the rock stars and the moon of classical sound will light with their sparkle the stage of Herodes Atticus Odeon, in a musical life experience for the lucky audience that will attend the most important artistic event of the summer.

Charismatic and emblematic musicians Uli Jon Roth and Ray Wilson are the only ones who can so great combine hard and progressive rock with Vivaldi.

He lived the glory with the Scorpions' band as a songwriter and he was established internationally as a pioneer master of electric guitar.

Audiences and critics have nominated him as Jimi Hendrix's successor. Each record in his solo career is a milestone and reference point in the history of rock-class music. He has collaborated with the world's most famous rock artists in his five-decade career. As a guest in Classic rock 3 he will interpret Scorpions and not only!

After Phil Collins retired, Ray Wilson took over as a composer and singer of Genesis and recorded with the giants of rock the album "Calling All Stations" - one of the band's biggest success - which took off with a successful European tour and their prominent presence at the famed "Rock am Ring" and "Rock am Park" festivals.

With more than 20 years of career, Classic Rock Magazine has recognized him as one of the best UK singers ever. The "GENESIS CLASSIC" project, in collaboration with the Berlin Symphony Ensemble, is a special moment of his career that still gives him sold out appearances all over the world. Ray Wilson interpreted the song "Inside" with the rock band "STILTSKIN", one of the most recognizable rock songs of all time. As a guest in Classic Rock 3 he will perform greatest hits of Genesis, Phil Collins and Peter Gabriel such as "Another Day in Paradise", "Congo", "Mama", "Land of Confusion", "Solsbury Hill" and others and of course "Inside" .

Special appearance of the singers 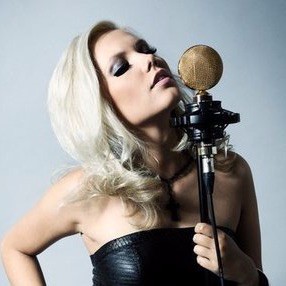 This year's concert pays tribute to the initiator of the idea of bringing such an important musical event in Greece, Tassos Alexopoulos, founder and general manager of Robin4Arts who passed away last April.